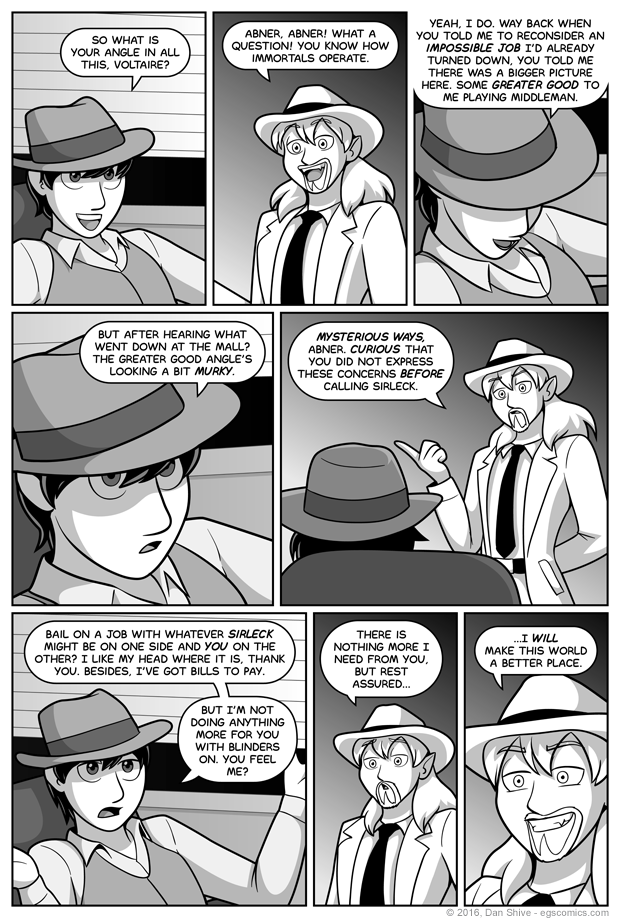 And yes, that's an official alignment, just look it up in the Player's Handbook it's right there!

This page went through about a billion rewrites as I settled on various small and major details, up to and including Abner's take on the whole situation. Really, it mostly boiled down to how much of a jerk (or not a jerk) I wanted Abner to be.

That said, these key details were constant:

1 - Sirleck tried to hire Abner. Abner turned him down, because how the flip do you keep tabs on immortals who spend at least 90% of their time on a separate layer of reality?

2 - Voltaire knew of this, and convinced Abner to take the job with Voltaire doing all the actual work.

Did they have a working history prior to that? Did Voltaire only introduce himself to Abner after spying on Sirleck? These are mysteries for another day.