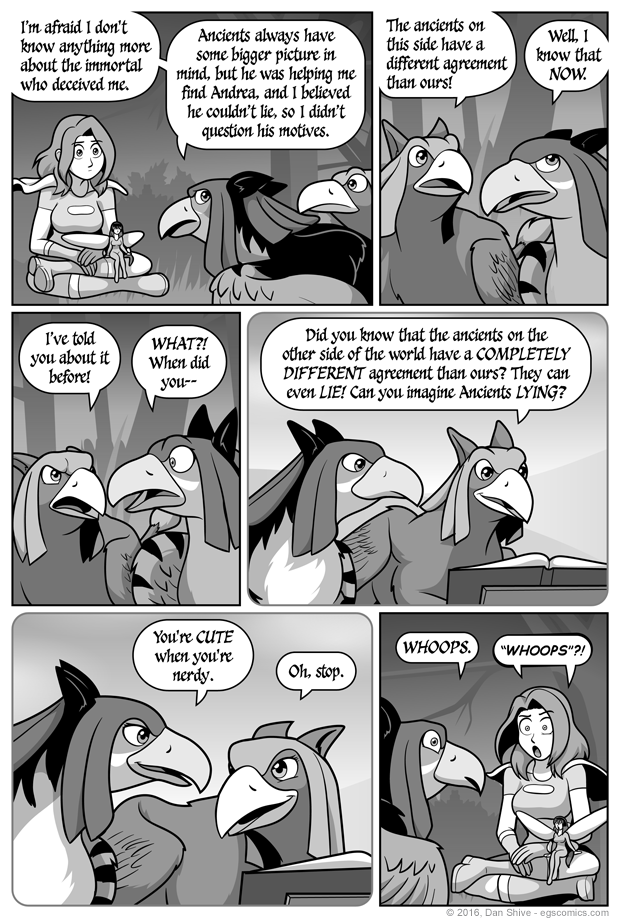 I decided that with Elliot defying gravity anyway, there was no reason he couldn't just be sitting in the air. It's not there's proper flight going on. And, really, why wouldn't fairy Nanase sit on them legs.

This feels like a very "me" thing to include in a story. I'm not sure exactly how to elaborate on that, but I look at this comic that reveals a significant part of the story could have been avoided if someone had just remembered something they'd already been told, and I think "yep. That's something I'd write."

I've been waiting a long time to get to this very "me" moment, too. The flashback shown in panels four and five has been in my head for months now, and I'm thrilled to finally have it be in the comic.