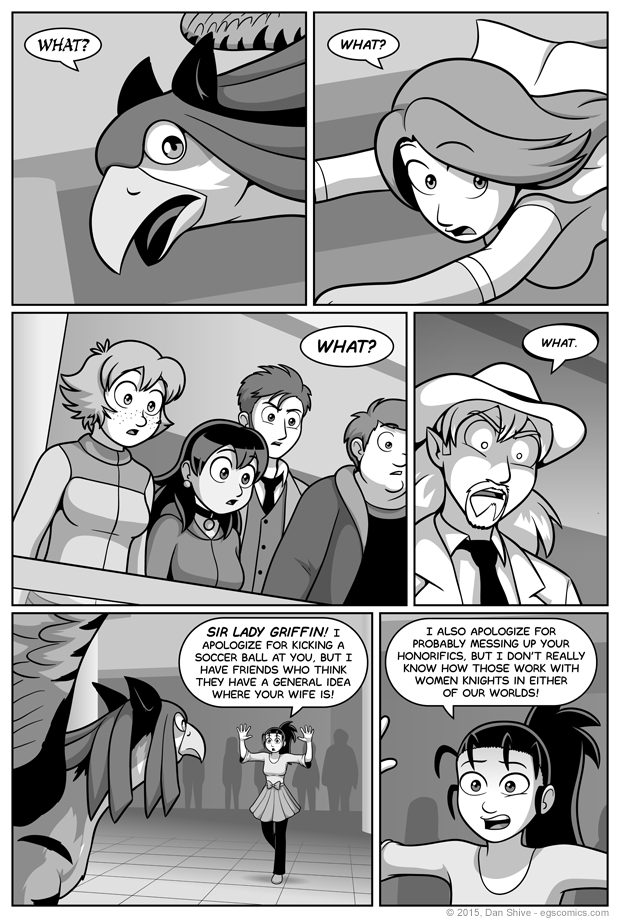 - Knight from another world

Someone's probably wishing he hadn't tried to emphasize the futility of the situation by being so descriptive right about now.

I'm not sure what one would call a woman knight, either. Granted, I know what I would be inclined to call one. I tend to think of "sir" as gender neutral when used as a term of respect, and I have trouble with the concept that it's not. That, however, is true of me with many words. I find it odd that we need two words for a lot of things based solely on the gender of the person we're referring to.

EDIT: Approximately 7 billion people have told me that a woman knight would be referred to as "dame" or "ser". There's specifics beyond that, but I'm just letting everyone know that I have been informed.