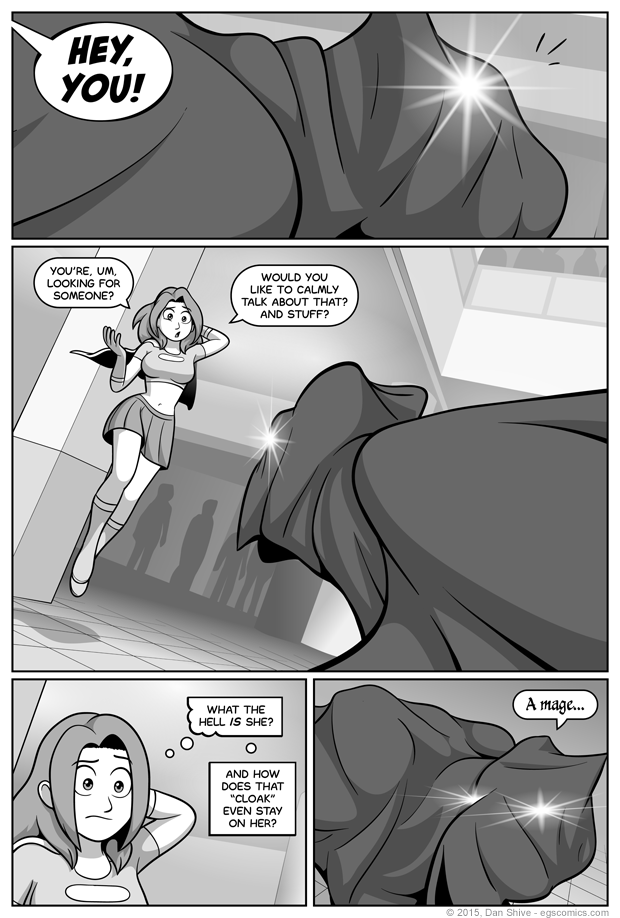 This comic wound up getting posted late enough to basically count as a Thursday comic, but there WILL be a Friday comic, and yes, it will be a "friday comic".

As for the composition, I wanted a certain style of warped perspective for the cloaked figure, plus there's the fact that this is happening in an open area in the middle of a mall, so there was a lot for me to figure out. I assume there are plenty of artists out there who would've had an easy time with this sort of thing, but for me, it was making the comic in hard mode.

- EGS:NP (AKA "why I'm so confident about Friday having a comic")