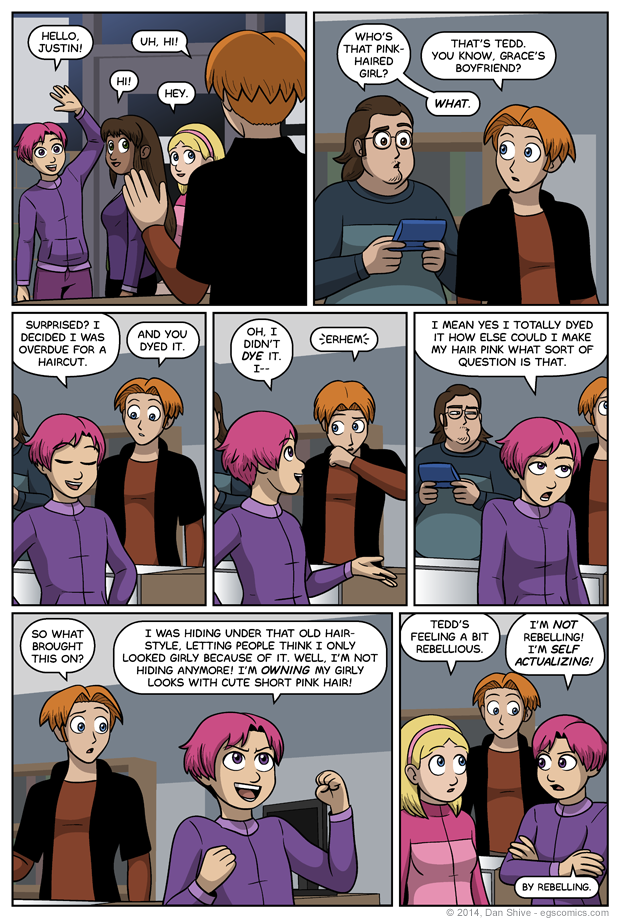 Reactions to Tedd's makeover have been mixed, though I've mostly heard from people who are enthusiastic about it. I don't automatically assume they represent the majority, so I'm going to manually assume they do. If you have something to say about it, feel free.

I made something of a "fun" discovery that explained a lot the day I made this comic. I discovered that "placing" old comics of mine in Illustrator resulted in those linked versions of old comics having somewhat off coloring. Point being, I would take color samples from old comics that way for use in new comics, and those colors were slightly off. Not always enough to be instantly noticeable, but definitely enough to cause problems down the road, particularly given the potential for "copy of a copy" type situations.

As such, I'm pretty much re-evaluating every color I use. On the plus side, I now know of this issue, and that's going to make a huge difference in terms of creating a reusable and consistent color palette for the comic in general.