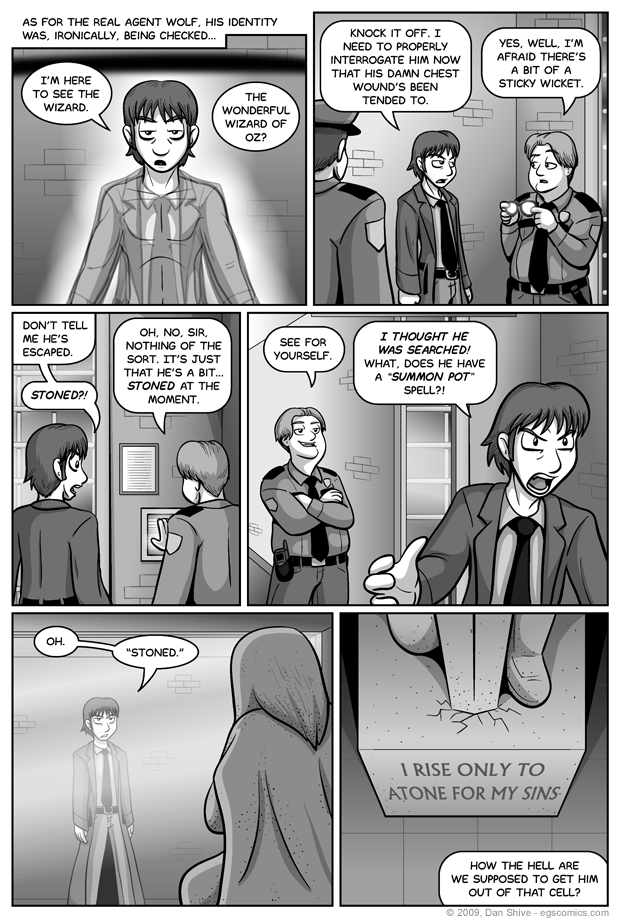 I suspect some people will be disappointed that Abe has "left" so abruptly, but anything else he would have said before becoming a statue again would have simply been recapping things we all already know. His last line for now, the revised text on the front of his statue (original text), pretty much sums it up.

Also, I know it's a cheesy joke, but I picture a security guard in a facility such as this one, which only temporarily holds paranormal beings and is often empty, getting bored and finding ways to amuse himself. Making Wolf look foolish by way of puns certainly qualifies.

A concern of mine is that it's clear that the guard was using special glasses to view Wolf in a special way. His holding the glasses in panel two and the blurred black area in panel one was my way of indicating this, but I'm clarifying it once and for all here just in case there's confusion. I wound up including this as I figured there would be special precautions of a magical nature in a jail intended for paranormal beings, and checking to see if someone is disguised would be of definite importance.