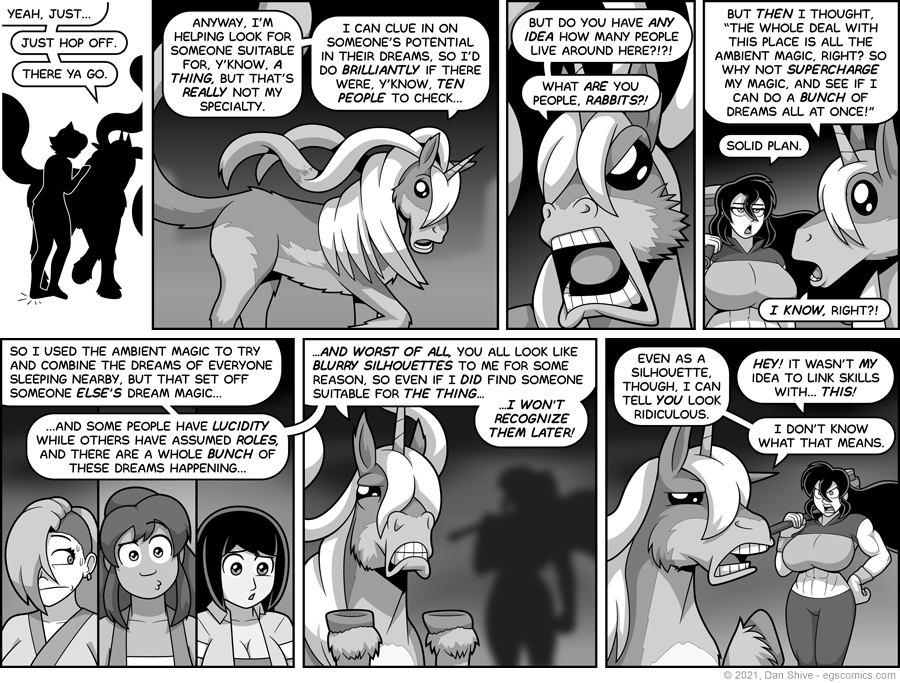 I'm sure none of this will matter in the main story. This long-tailed unicorn of apparent canon who is apparently not acting along is surely of no significance.

I think this works well as one comic, which might hide the fact that it was originally supposed to be two separate comics, and that they were combined after a delay. I'd best not mention that's the case in this commentary so as to cleverly deceive anyone who was not aware of this.

HORSES DO NOT WORK THAT WAY

I don't know if you know how horses work, but those hooves being visible in the second to last panel are nonsense for so, so many reasons.

The unicorn was originally going to say "well, it was someone's idea" as the final line in the last panel, but then I remembered he wouldn't actually have the context to know what exactly Susan was talking about.

It's not like they set out to cause video game parody dreams, and they've apparently been dream hopping in search of the person with dream magic, so it's not like they've been hanging around learning the logic of this specific dream. Particularly not with everyone looking distorted to them.

So, the unicorn didn't get to point that out, but yes, it was the idea of someone there (and definitely not me).