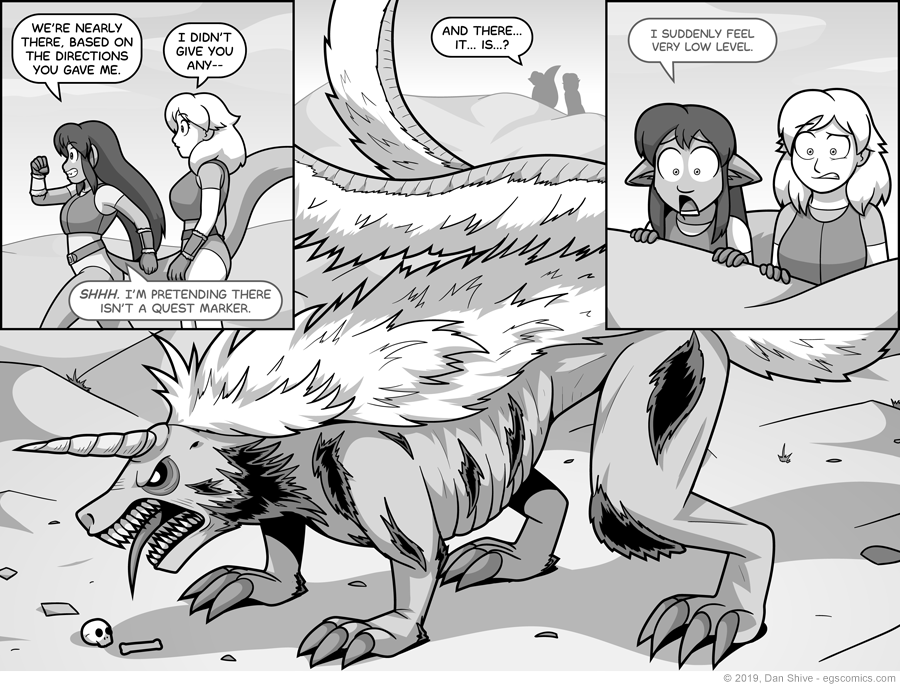 I consider this skunk the most "wasteland" thing we've seen thus far (or are likely to see, 'cause YIKES).

There's some fantasy in there too, though! Look! Look! A unicorn horn! That's 100% fantasy right there.

And two tails, because of course it has two tails.

After responses to the previous comic, I feel I should clarify that I've barely played any Morrowind, and very little Oblivion (though more than Morrowind), the third and fourth Elder Scrolls games. I feel this, because apparently the level scaling worked less well back in those games? I can't speak first hand to it, but it certainly sounds like there were problems.

Speaking for myself, it seemed to work pretty well in the games I've played a lot of (even if, like I said, I would make my own personal adjustments to it).