(EDIT: Ashley has all physical cards in her hand, and she currently has a 2-type physical-clothing card on her. That's why she can't do anything with a 1-type space. She'd also need a clothing card, an animal card, or any 2-3 type card. See rules on what can replace what here.)

I like panel two's pose. Is it a perfectly natural pose? NOPE, but I like it anyway.

Don't worry, I'll find some excuse for a dude to be posed with similar disregard to what would be most natural at some point. Maybe Noah? Elliot? Noah WITH Elliot?

This actually happened in playtesting. Three turns in a row where basically nothing happened except Rhoda opted to reset her transformations.

Much like in an experiment on Mythbusters, one of the most dangerous things that can happen in a comic is nothing.

So... I wasn't really sure what to do. I had several ideas, some of which would potentially be spoilers for the rest of the game if I explained them, so I thought I wasn't going to be able to explain everything about what took so long for this comic until later, but no. Ultimately, there were three uneventful turns in a row, and I decided to do two of those turns in one comic.

It's not a very mysterious or spoilertastic explanation, as it turns out. 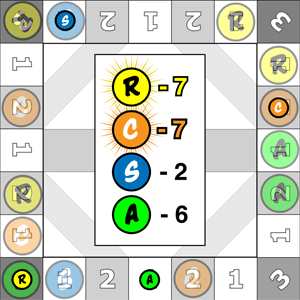 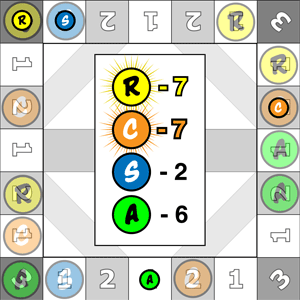