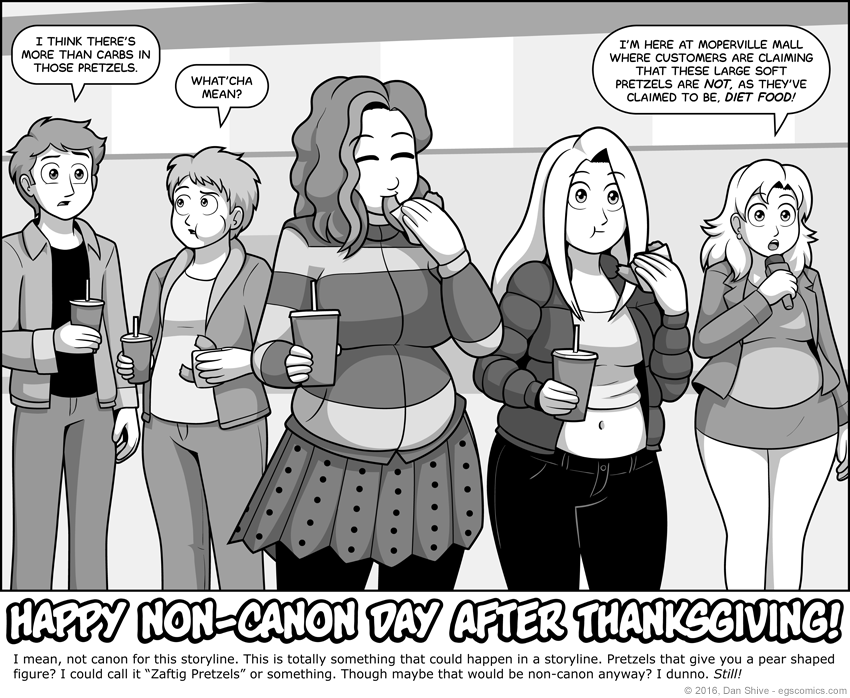 I had two super huge and major first world problems:

1 - American Thanksgiving gobbling up my time on Thursday.

So now this and Zaftig Pretzels exist!

Except I'm really not sure if this took less time than the next canon moment would have. It's only one panel, but it's large and zoomed out, so...

Well, at least I did something with that second reason! I mean, the story comic for today is going to be sometime during the day because I'm exhausted as I type this, and maybe I should've...

IT'S FINE! Everything's fine. There are pretzels, now. And that's good. For them. And I guess everyone else, too.