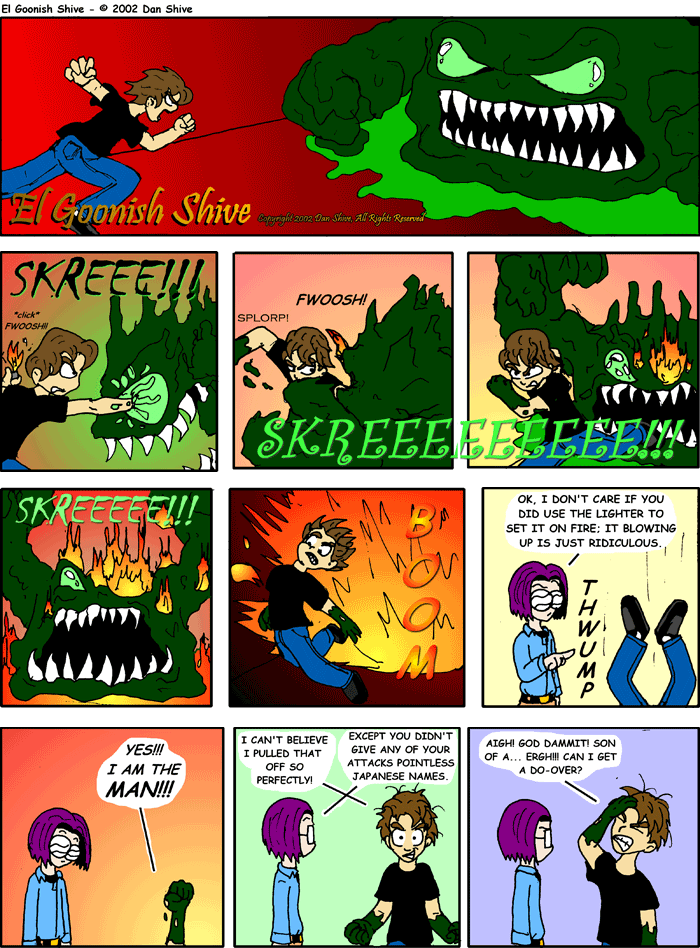 You know what? Nuts to riffing on this one. I think it’s a good one. The art ain’t great, but dude, Elliot ran up to a giant goo monster, punched it in the eye, set on fire, and then it inexplicably blew up. THAT’S AWESOME! High five, past me.

Still, I probably should have had Elliot land to Tedd’s left. I’m not sure why I didn’t. As it is, I had to cross the dialogue balloon streams--er, lines. It’s a wonder the universe didn’t implode.

In regard to the “I didn’t want to do this” from the previous comic, I’m retroactively claiming he was referring to touching the goo. He would TOTALLY want to fight a big ol’ monster thing, but let’s face it: Goo is gross, and it makes people puke.