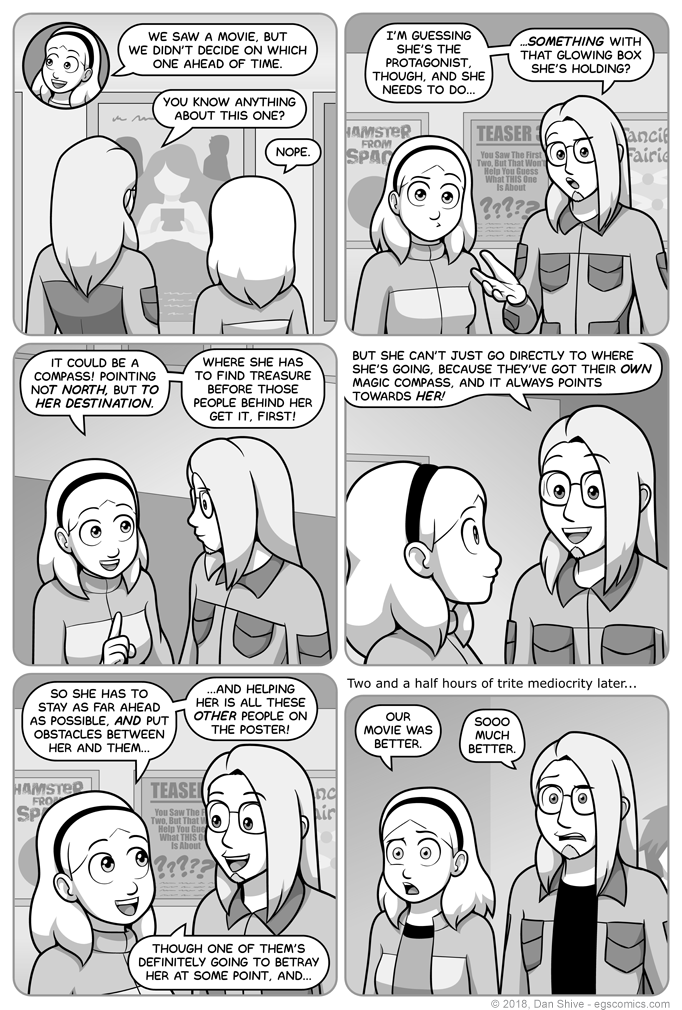 - Sarah Vs Sam card game, a battle of story telling

Let it be said: Dorks (I say that with affection, mind).

Teaser 3: You Saw The First Two, But That Won't Help You Guess What THIS One Is About

Tragically (from a story telling perspective), the most that went "wrong" with Sarah and Sam's maybe-a-date was that the movie wasn't great, and even that wasn't necessarily a bad thing. That, combined with the fact that the date was mostly seeing a movie, means there isn't a whole lot to show of it that's interesting.

Nonetheless, we're getting highlights, and it's not like we're done with Sarah and Sam after that, darn it!

Just, you know, explaining myself because pitchforks and such after how long ago this was set up o_o

If ever bored with time to kill in a place with movie posters, I recommend trying to come up with your own plots for movies based solely on the posters. It's fun, darn it.

As for the plot they came up with, I just improvised something, and it's not intended to be based on anything. That said, it would not shock me in the least at this point if someone said "oh, I've seen / read that".