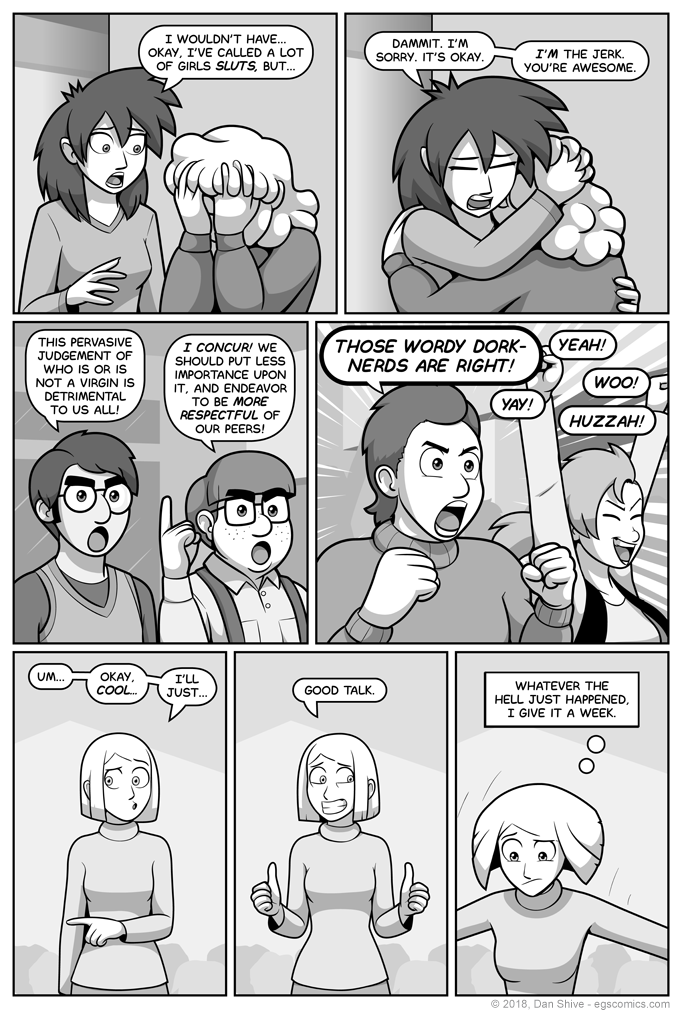 The first two things I thought of for this storyline were:

That's why my initial comments when I came up with this storyline were about it being silly. I was thinking of Diane losing her temper and getting an absurdly positive and wholesome outcome from it (relatively speaking) that she'd never planned or expected.

Note that nowhere in those plans have I mentioned Lucy or Diane indirectly standing up for her. Originally, I was just thinking of Diane being angry, and the wholesomeness interrupting her just before she could really insult everyone.

But then writing happened, we got into Diane's history, and plot stuff planned a decade or whatever ago got integrated, yadda yadda yadda. Diane's exact motivation changed, but she got a pretty similar outcome from the crowd.

There's other stuff I hadn't originally planned, too, but there's only so much I should say for now.