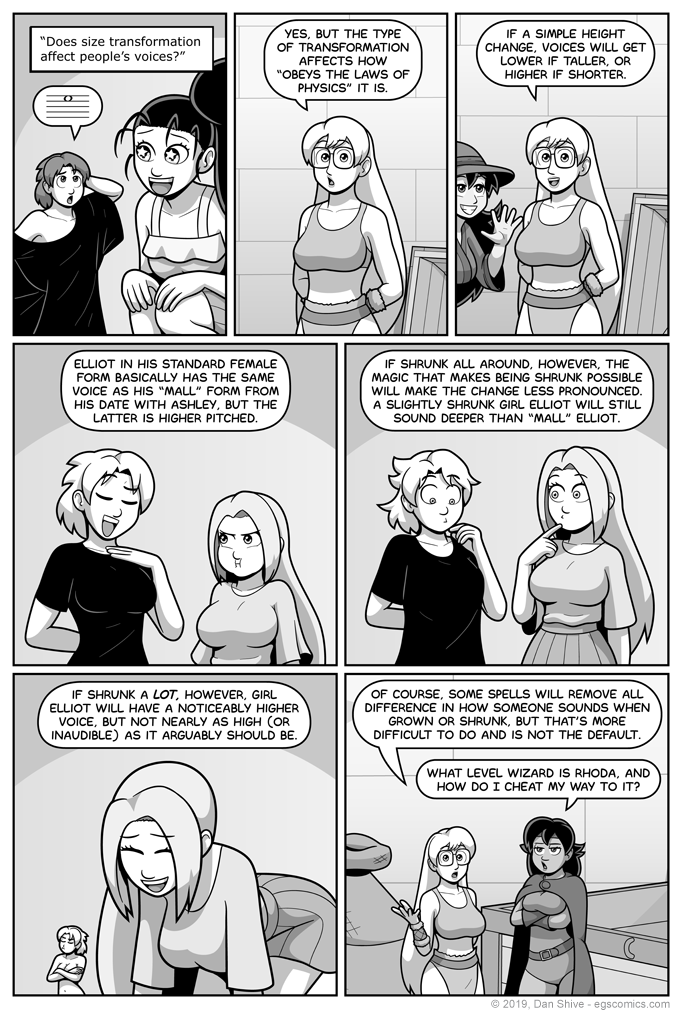 If I had to guess, I'd say Rhoda is level 10 or so. That probably doesn't sound high, but we're talking Table Top RPG, not JRPG.

As for regular girl Elliot meeting "Mall" Elliot and there being such a separation between the two for this interaction to make ANY sense whatsoever? Um...

And no, there's nothing to see in that penultimate panel regardless of how much you zoom in. Trust me, I was very deliberate about that. Concern about that, however, almost made me make girl Elliot less shrunk, but I ultimately felt girl Elliot had to be shrunk a lot to illustrate the point well.

As for the SCIENCE! of all this, my understanding is that height will naturally impact who high or low someone's voice is, but isn't the only factor. I figure if your'e magically changing height, however, becoming taller or shorter would naturally have an effect.

Shrinking all around, meanwhile, shouldn't really work at all, and I figure whatever magical nonsense DOES make it work could easily lessen the voice change factor, because why not, it's magical nonsense. Past a certain point, however, I think it's fun for there to be a voice change difference, but not so much that it sounds like they've inhaled dangerous levels of helium or something (which, incidentally, can be dangerous, do not try at home, your lungs are designed for Oxygen).