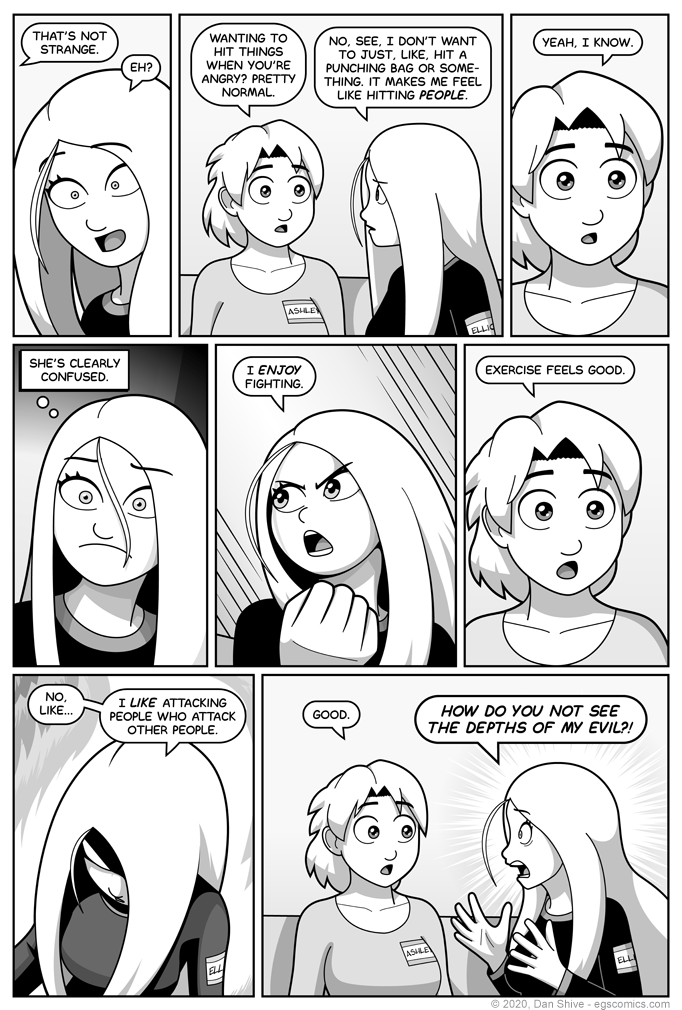 Ashley's giving some benefit of the doubt here in her assumptions regarding Elliot's meanings, Elliot's declarations being capable of being interpreted in several ways.

To be fair, this is Elliot we're talking about, and she's assuming correctly.

Elliot's so evil, the devil retired because he was too scared to face him.

He's so evil that he once kicked a man after seeing that man kick a puppy, and then he helped find that puppy a nice home without any regard for what plans that puppy might have had.

He even butted in and yelled at someone who was bullying some freshmen and told that someone that if they were looking for a fight, he was available, all while flexing and emanating an aura of power.

And another time, he ran on the wall while returning someone's dropped phone, and only later offered to wash where he'd stepped upon realizing that you don't do that without leaving marks.