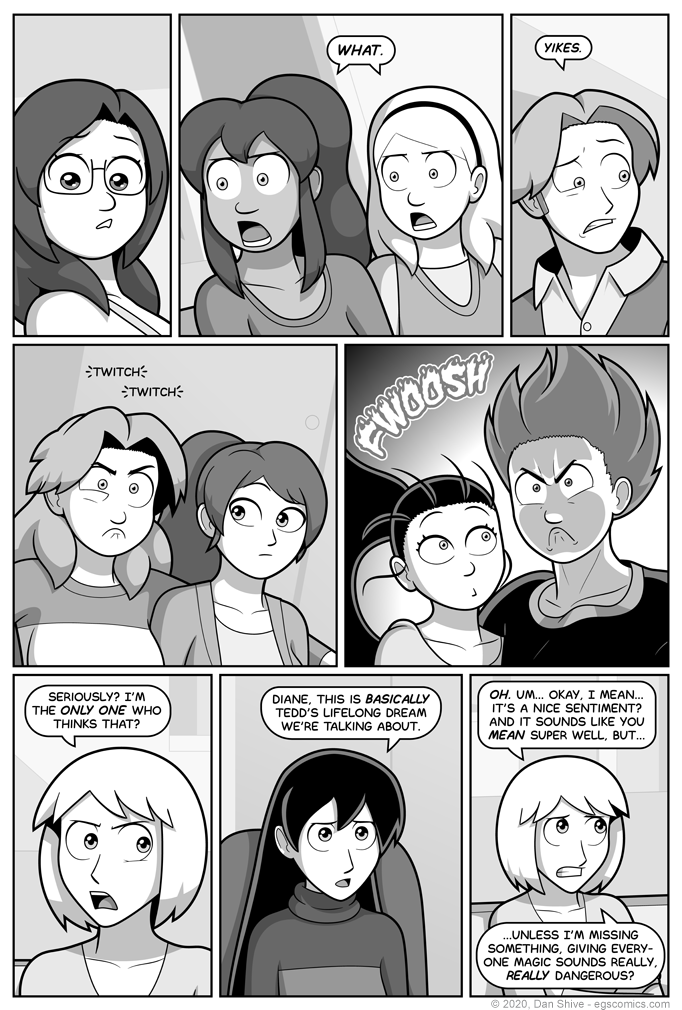 Not even I'm 100% sure how literal to take that panel with Elliot.

Moreso than usual, I'm going to try to avoid looking at people debate what's being talked about here while it's in-progress. I'm not going to completely avoid feedback or anything, I just intend to "nope" out of things under certain circumstances.

The main reason for this is that I know I'll be tempted to rush things to get certain points out. I was already tempted to not properly show reactions to Diane's "worst idea ever" statement just to get to the arguments, which... Okay, it would've been faster, but it also would have felt like everyone not shown just had a neutral response.

Granted, there are ten people in the room. I can't show EVERY response EVERY time, but I felt there needed to be a baseline "how did they initially respond to Diane's comment" going into this.