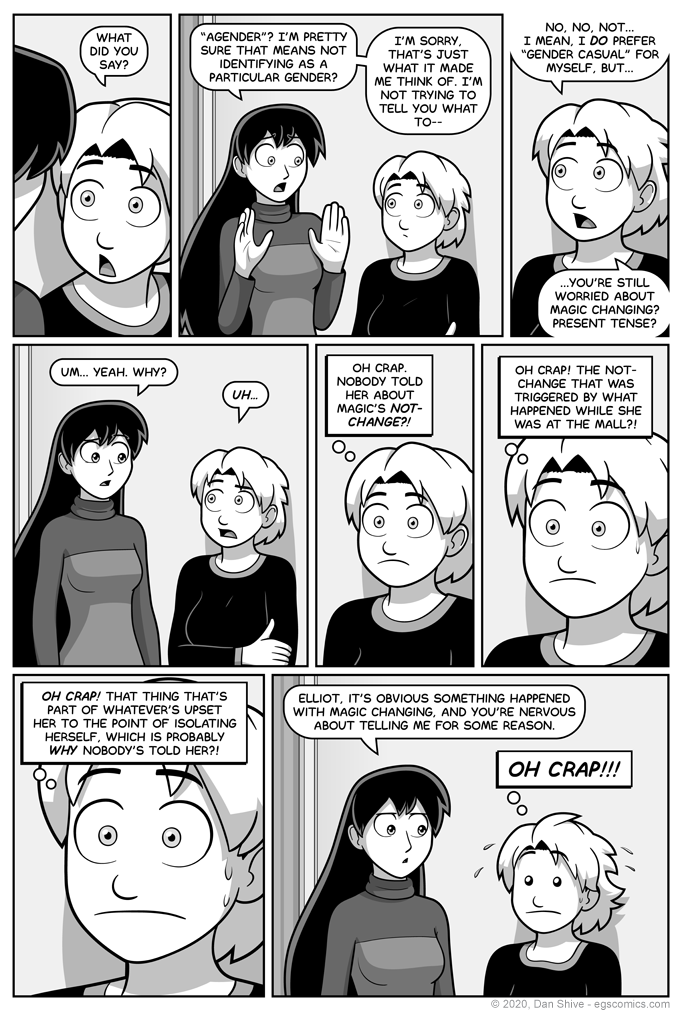 I wanted to bring up the word "agender", as I figured "yes, let's spread that word around", but I also wanted Elliot to stick to "gender casual", the term Elliot chose himself (Elliot generally sticks with he/him, though doesn't object to other pronouns).

Personally, I consider "gender casual" a bit more specific, and I think it conveys how Elliot feels better. I think of "agender" as a more general term that could include Elliot, but also various different, but similar, ways of feelings.

Though this is a matter of semantics AND identity, so I imagine there's debate to be had.

Anyway, it seems agender was a good word to bring up, as reactions to the comic were certainly enthusiastic about it! To the point where comments seemed to ignore the implications of Susan still being worried about magic changing! Which is great! And fantastic! Ha ha ha I should've realized that would happen