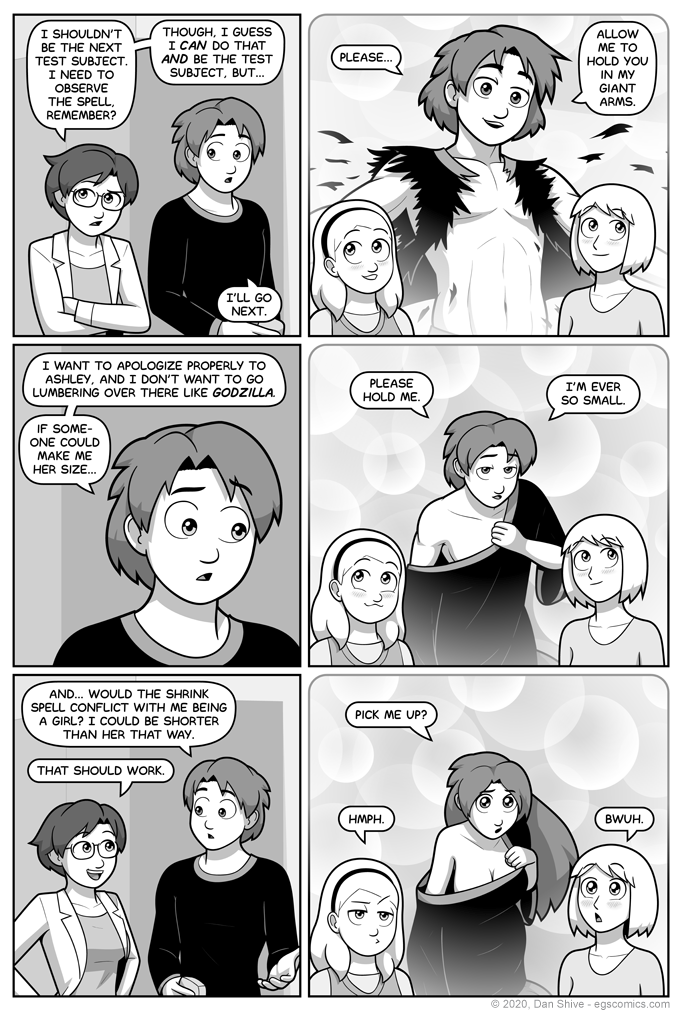 EDIT - When I first posted this comic, the dialogue in the first panel was messed up. Tedd's second balloon was attributed to Elliot, and Elliot's dialogue had no balloon, meaning it disappeared into his shirt. What I find super weird is nobody seemed to notice in spite of there being plenty of reactions to the comic and the comic as a whole not making much sense that way.

I mean, it still made SOME sense, but not much.

What do you mean the even-numbered panels are indulgent

I can't remember if I've established before that Elliot's female forms can be stacked with Tedd's magic, but here we are. ESTABLISHED.

And if I've accidentally established the opposite, MAGIC'S NOT-CHANGE. SORT OF RETCONNED, BUT NOT REALLY.

Anyway, the important thing is we can have catgirl Cheerleadra at some point.