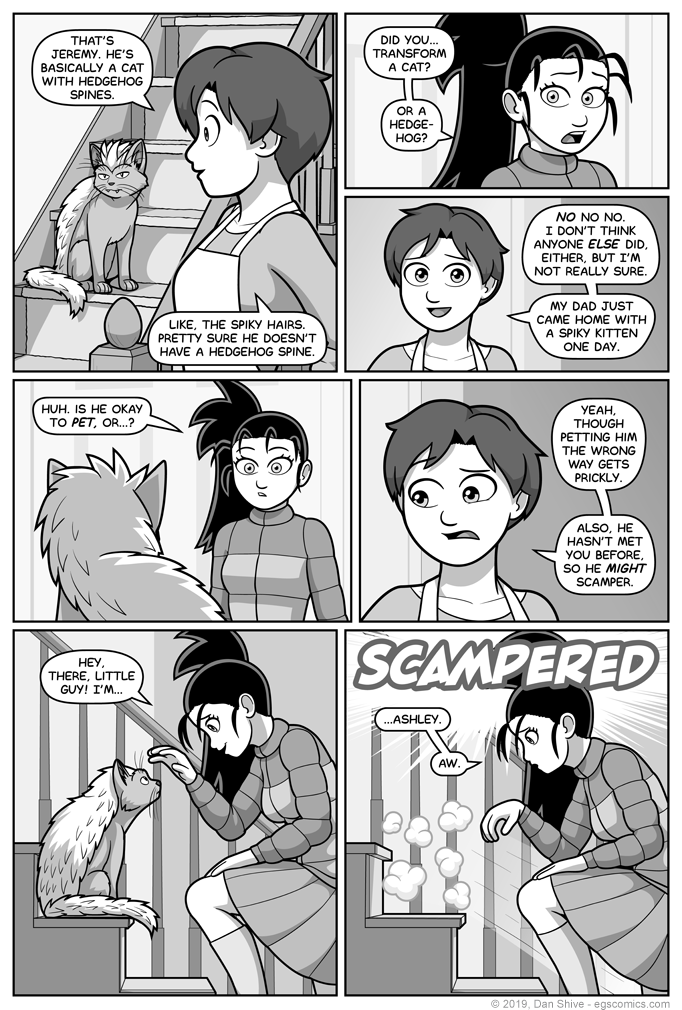 (AKA The single most relatable quest ever to anyone who has wanted to pet a cat they just met at a friend's house.)

I could probably write a fourth of EGS just by turning clarifications of things I find potentially ambiguous into jokey dialogue. Not that I seriously thought anyone would actually have thought Tedd meant "he has a Hedgehog spine", but I considered it at least possible, darn it.

I'm finding myself wanting to do more small panels lately. There's often not a lot that needs to be shown beyond faces when there's back and forth dialogue, making them easier to draw, and it means panels where the visuals matter more get to be bigger. Pretty win/win.

It also makes it easier to avoid "see the back of the head of a character who's talking" syndrome, which is always a plus.