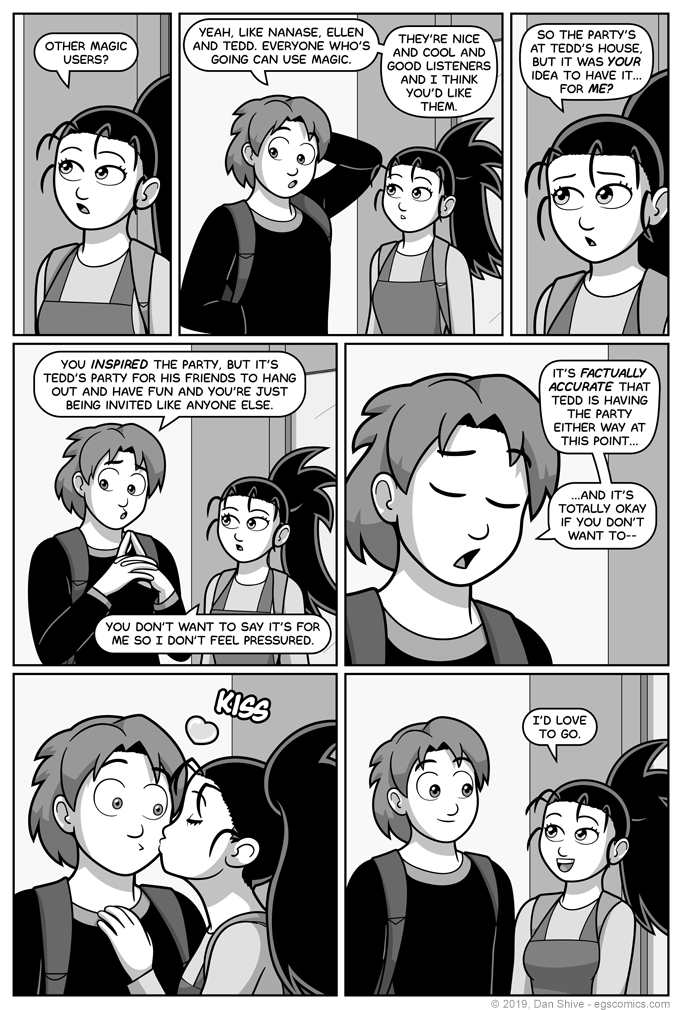 In which Elliot nearly trips over himself trying to fulfill his simultaneous goals of being truthful and not making Ashley feel pressured to attend a party in which she could easily be made the center of attention and is saved by Ashley being able to see what's up.

My goodness was that a longer sentence than I expected it to be.

As for why Elliot specifically listed Nanase, Ellen, and Tedd, they're the three Ashley already knows to have magic. As much as Ashley might naturally suspect things about Sarah and Susan at this point, nothing's been confirmed to her about them yet.