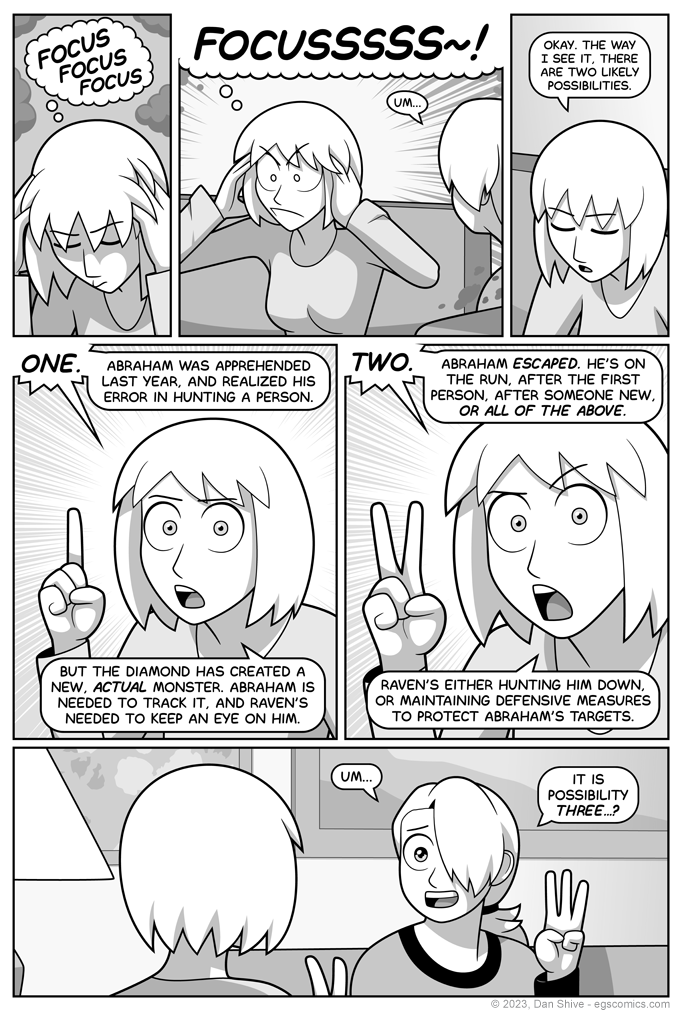 EDIT: There was originally a mistake in this comic in which Diane mentioned Ellen. That was my bad. Diane's not letting that slip so easily.

Not the worst guesses.

Right. We're past the basic recap, we're past werewolves, Diane has filed "the truth about Ellen" under "I'll deal with THAT later," and threw her best shots at guessing what Raven's doing.

Now to finally get the answer.