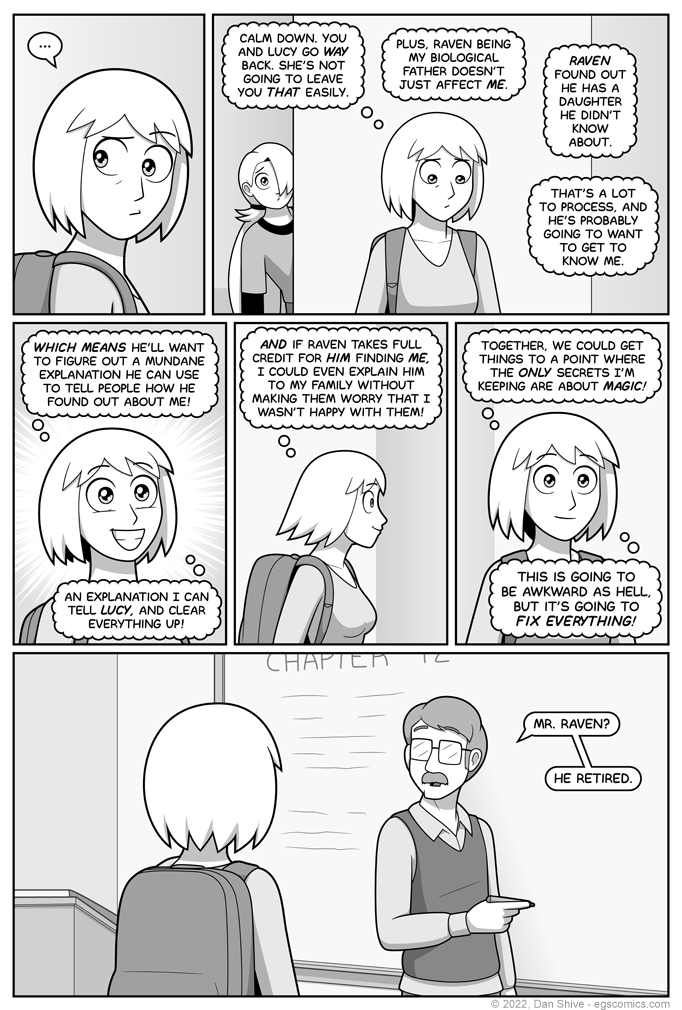 This is the danger of procrastinating.

Not that I'd know anything about procrastinating.

Future Edit: Some people initially mistook the teacher for Mr. Verres, and yeah, I can see the resemblance. I didn't want to completely change him, but I made two subtle changes to make him less-Edwardy.

Simply lighter eyebrows and more of a sideburn. Still a resemblance, but should reduce "is Edward teaching?" theories.

And now back to the original commentary.

Something I enjoy about Diane is that she's more selfish than most of the main characters. That's mostly not a positive trait, but it is fun to write.