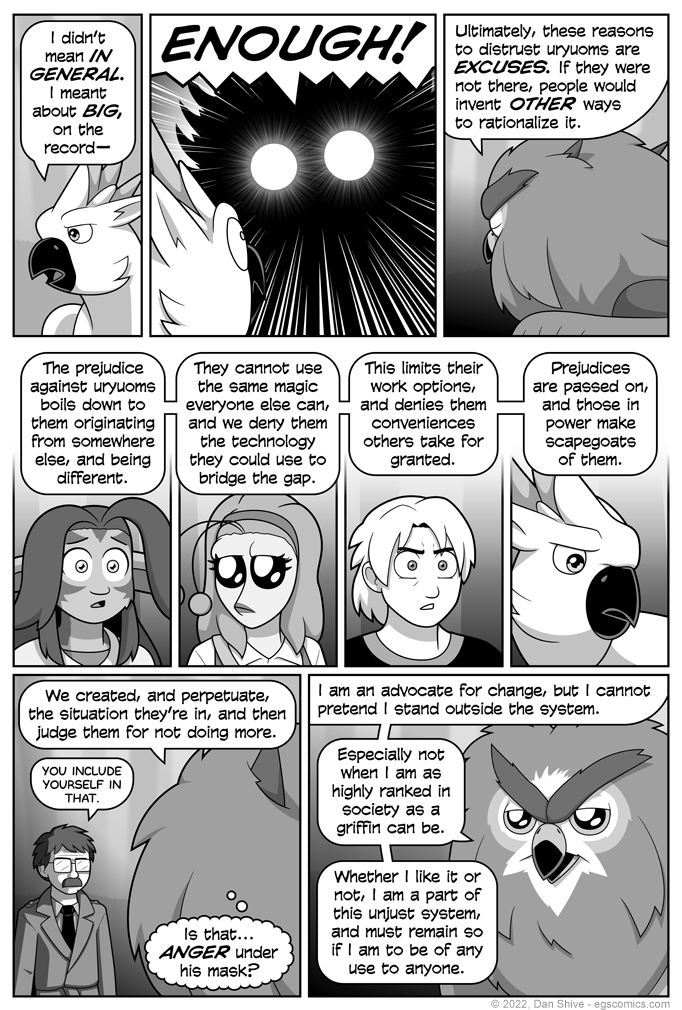 I really didn't want to give the impression that, if they could just clear up this gosh darn misconceptions with facts and logic, everything in their society would be fine.

I had a bit of a conundrum in the second-to-last panel. I wanted Edward to convey ANGER!

Edward is in diplomatic mode.

Edward is not going to openly convey anger.

Not yet having Liam's thought bubble in mind, I decided to go overboard on the shadows on Edward, and try to imply something with that.

I liked the idea, but then I thought it would be worth noting that Liam noticed Edward's reaction, negating the need for the over-the-top shadows in the first place.

I kept them anyway.