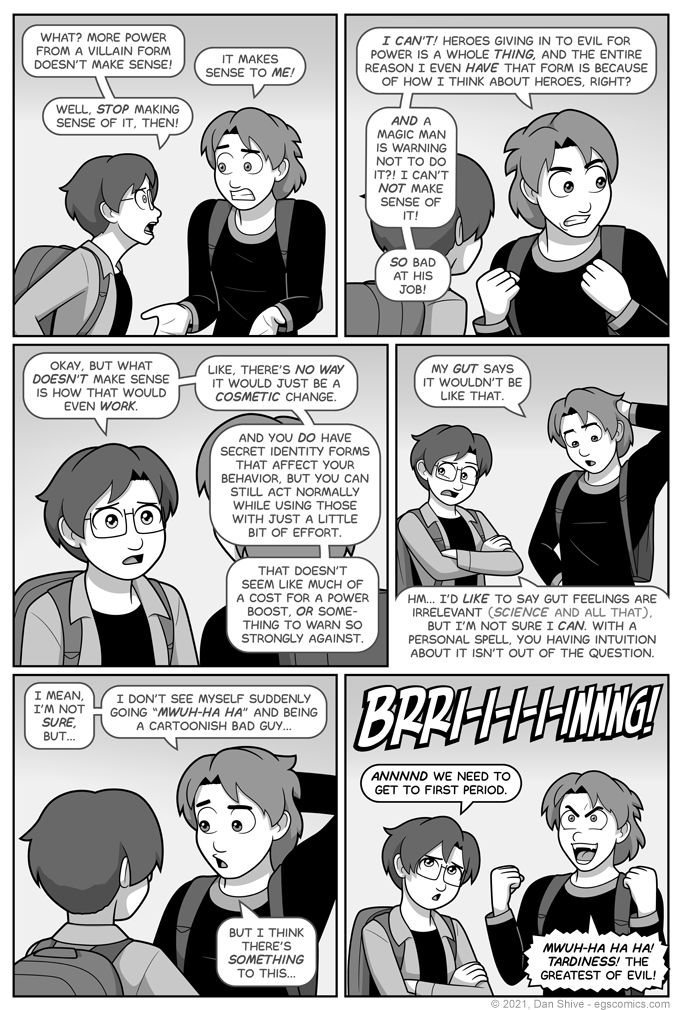 I was late posting this.

Personally, I think it doesn't just have to make sense to the user of the spell. It has to make sense to magic itself in some way, too. Unfortunately, that's just my opinion, and... Wait, I'm the jerk writing this.

Yes, it also has to make sense to magic itself in some way.

Which isn't THAT big a deal. It basically just means I have an excuse for certain things not working even if it makes sense to the character trying to do it. Off the top of my head, I'm not sure when I'd use this, but it's bound to come up eventually.

I really like having the option to end character conversations with something like a bell. Like, left to their own devices, this conversation could just keep going, but NO! DONE! And it makes SENSE that they're done! Because BELL!