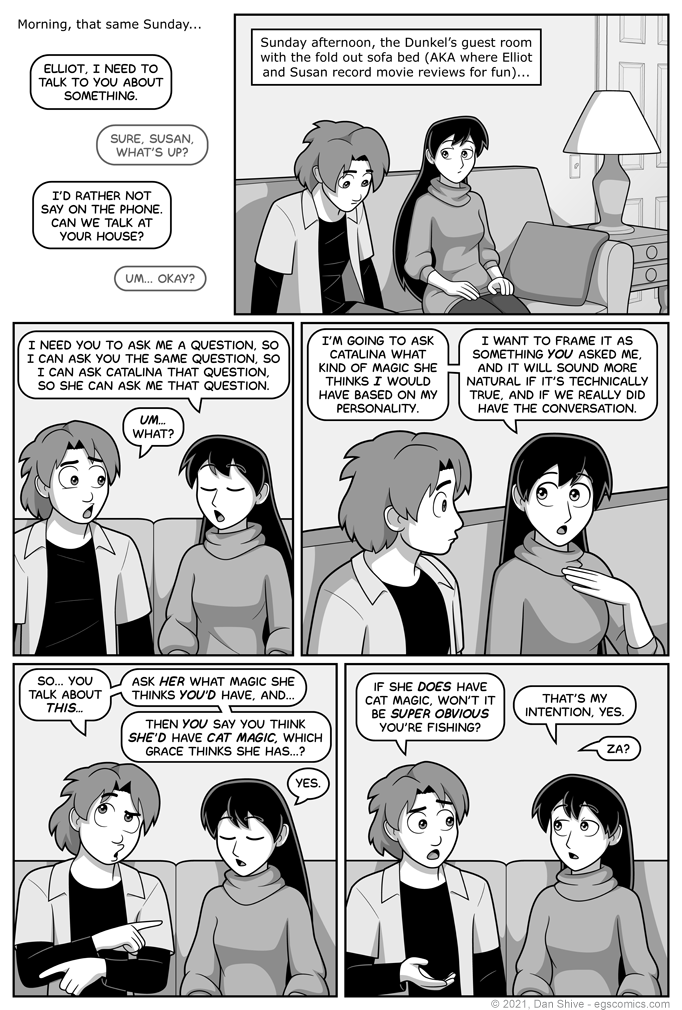 I... MIGHT have a lot to say about Susan's plan? I hope I do, it would fill a commentary nicely, but I've thought I've had a lot to say before only for it to wind up being two sentences. I shouldn't say much of anything about it until the next comic, so we'll find out then!

I WILL say there's far fewer ethical dilemmas with this plan, so anyone saying "that previous ethical debate was absolutely fantastic, but I'm not sure I'm ready for another one just yet" need not worry too much.

As for this comic, I wanted to put Susan and Elliot in outfits they don't commonly wear. With Elliot, it's very simple, but Elliot goes pretty simple with his outfits anyway, so it's NOT lazy design, IT'S IN CHARACTER!

As for Susan, they're solving a mystery, so I put her in a Velma from Scooby Doo sweater.

She's worn turtlenecks before. It's fine.