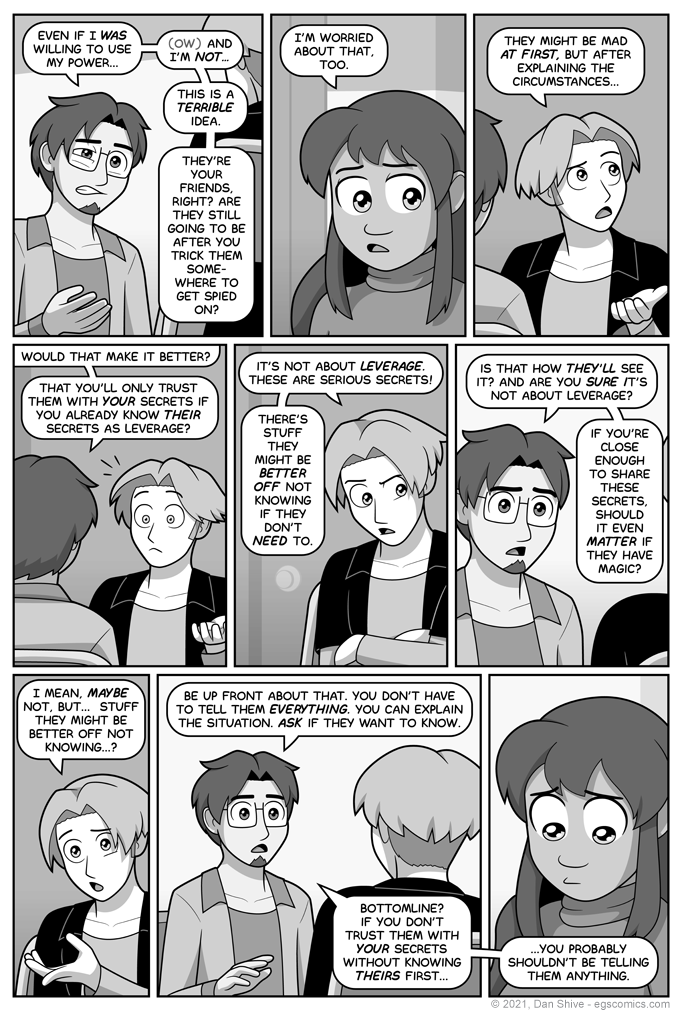 I expect enormously divided opinions on this point of view, and opinions were already very divided on Justin and Grace's opinions.

Please engage in polite discussion if debating this, name calling is for jerk-faces.

I did a few things to help make this comic easier to, well, make. Firstly, I did what I should always do (and sometimes don't), which was do a thumbnail sketch of the overall layout. Then I took selfies of myself trying to make expressions similar to the ones I thought they'd make.

Then while working on the final version, I had a twenty minute timer, and took short breaks every twenty minutes, along with a couple of extended breaks at certain points in production. I've advocated taking regular breaks before, but twenty minutes are the most frequent intervals I've used.

I decided to try twenty minutes specifically based on tips I've heard to reduce eye strain.

This is anecdotal after just one day of trying it, of course, but it did seem to reduce eye strain and feelings of lethargy from sitting while making it easier to focus on the comic. I'll have more to say about it later if I continue to get good results (or if it backfires catastrophically. Either way, something to write about in the commentary, so yay!).