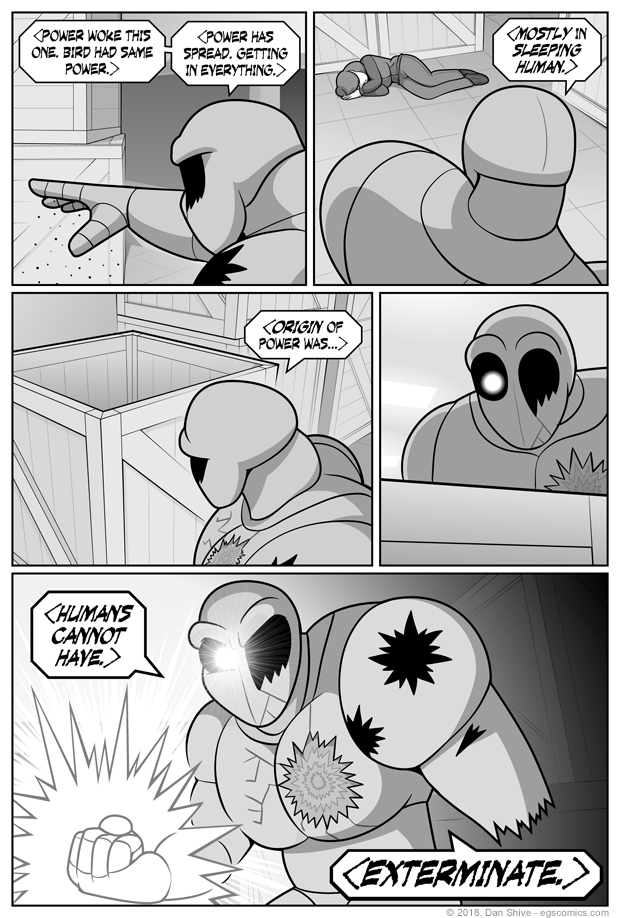 It might be a safe bet that Ashley's scream time will be soon.

NERDY CLARIFICATION FOR THOSE WHO CARE!

The events earlier with Tedd and pals means that old artifacts from previous systems of magic now work.

What this does not mean, however, is that they're all going to suddenly do things. Arthur is taking precautions because he has no idea what may or may not happen with some of the artifacts, but it was possible nothing noteworthy would happen.

As an example, consider an unplugged space heater that never worked. Its switch is set to "on", and the heat set to maximum.

Suddenly, it works! But it's not plugged in. Even set to "on", without power, it's not going to suddenly do anything.

Then, consider a similar scenario with the heater plugged in, but the switch set to "off". Even if it suddenly starts working, it's not going to do anything on its own. It should be fine if left alone.

Arthur's primary concern kicks in around the point where this metaphor breaks down, meaning the potential for something that will turn itself on and do things without anyone having to do anything. For all he knows, having to deal with building-sized "smoking craters" the next day is not hyperbole.

ALL THAT SAID, it appears what we're dealing with here works within the space heater metaphors. Magus inadvertently gave everything power, and at least three things just needed to be "plugged in" to get them started.