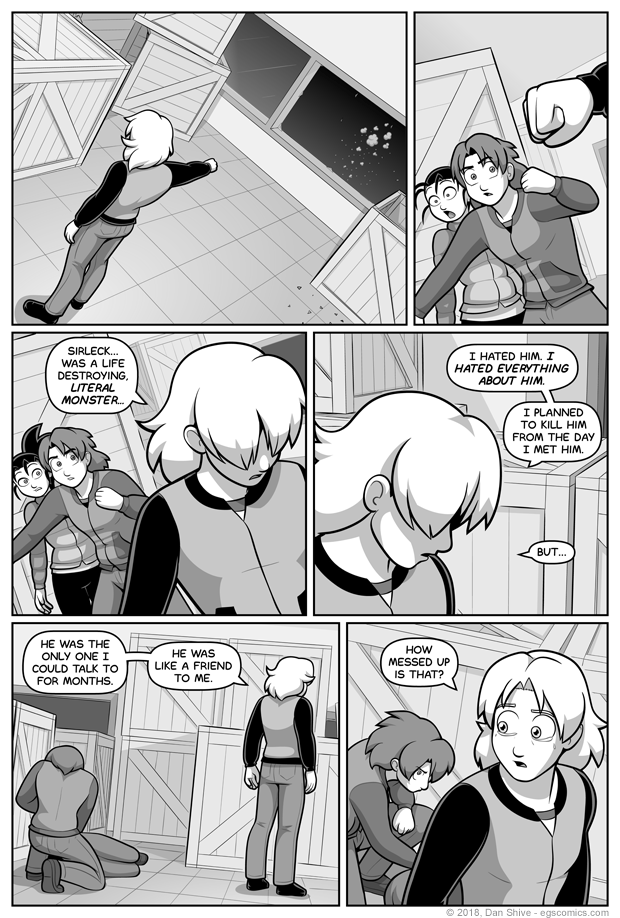 For literal years, I imagined Magus's moment of killing Sirleck as one entirely without remorse. It wasn't until I actually saw Magus and Sirleck interacting with Elliot and Ellen as hosts that I realized that it would be more complicated than that for Magus.

And though it may already be apparent to any who were confused after this comic, I will clarify something about the last comic:

Magus was saying that his not asking who Sirleck planned to possess should have been a red flag for Sirleck, and Magus knew the betrayal was inevitable. Magus was fully aware that Sirleck was only helping Magus to possess him later.

Anyway, this is all a bit of a downer, so let's all look at this result of me forgetting to ink Ashley's face at one point while working on the comic! 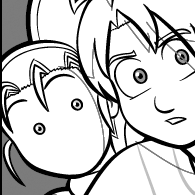