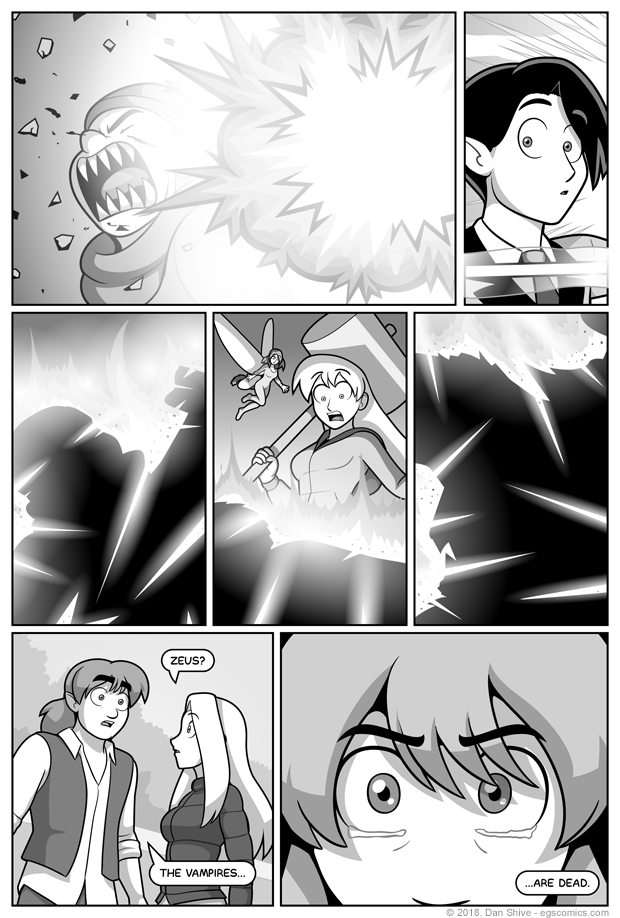 When an immortal of Pandora's power actually pulls the metaphorical trigger, there are no punches thrown, no weapons drawn, no fire or lightning, not even a wave of a hand, or pointing of a finger.

The lives of their enemies are simply over, the immortal having seemingly done nothing, and the exact methods known only to them, and every other immortal who has been forcibly burdened with the knowledge of what has just happened.

Though, in this case, there was the arguably unnecessary first step of blowing up the enormous gun while it was still in Scarf's hand, necessitating the additional effort of keeping shrapnel from defeating the purpose of taking action entirely.

Pandora, however, would argue for its necessity.

Those with enough daring to nitpick at this particular moment might also feel inclined to point out the presence of fire, but that simply happens with aberrations, and would be present regardless of execution method used.