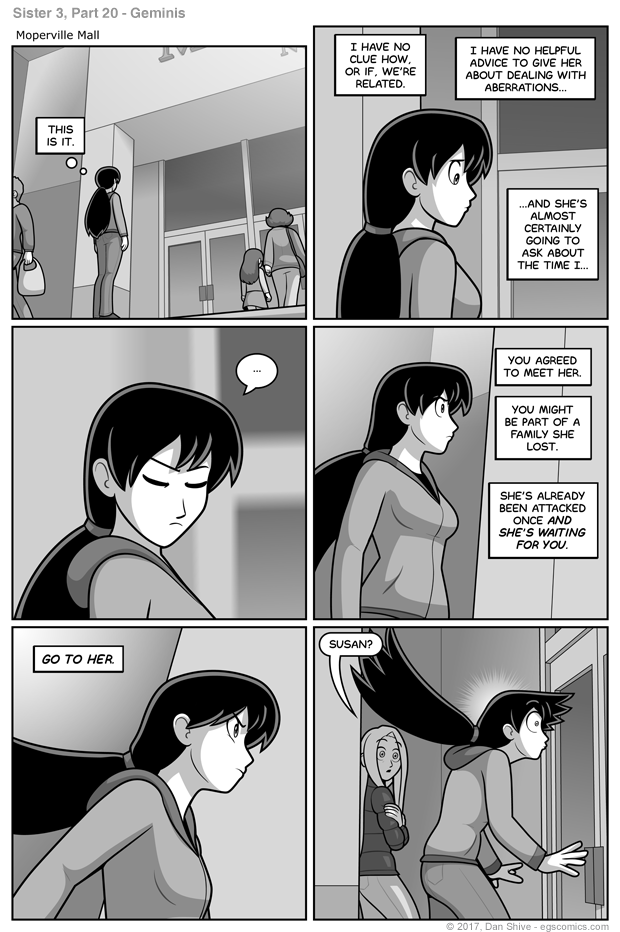 I considered more comics building up to Diane and Susan actually meeting each other. Then I decided there'd been enough of those and for suddenly Diane to happen, AND YES, my one regret is that it wasn't "suddenly Susan" instead.

(Suddenly Susan was a 90's sitcom. Don't worry too much about it. All I remember about it is the name).

Speaking of that pillar, I didn't write this comic knowing it was going to be there, and wasn't 100% sure how Diane was going to suddenly show up. I had figured she'd just be walking along and BAM! 90's sitcom reference. I like this a lot better, so HUZZAH FOR THE PILLAR!