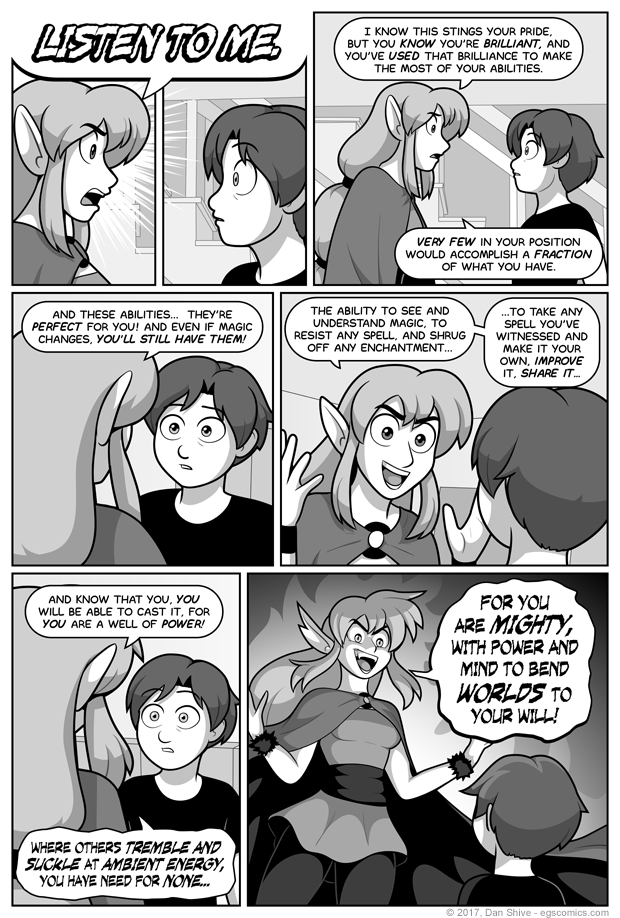 And so it was that Pandora's restraint found its limit, and Chaos showed her face.

Good pep talk, though. I know that's all I've ever wanted to hear.

I originally had Pandora's hands up in both panels four and five, with the intent being excited emphasis on what she was saying. This came with an unfortunate side effect, however, as the raised hand in panel four seemed to merge with the first in panel five. No matter how stubbornly I stared at it, I could not shake the impression of it being a single image of a hand continuing from one panel to the next.

Fortunately for me, Tedd's wearing a black shirt, so it was ridiculously easy to fix. I'm just kicking myself for not realizing that was going to be problem prior to the comic being mostly finished.