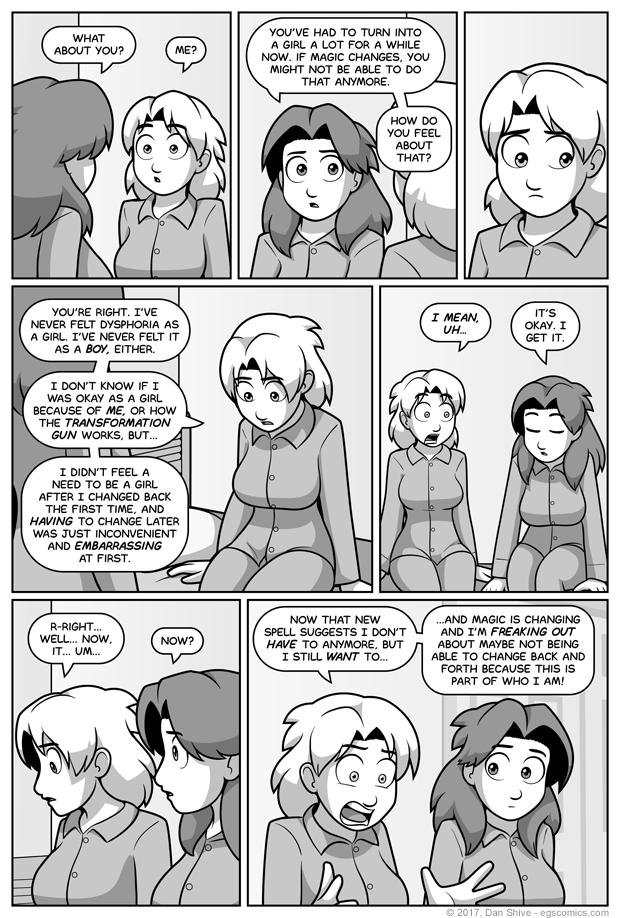 This comic got a lot of editing in order to make sure Elliot's feelings are clear. I've received more than enough feedback to know that many readers were hoping for Elliot to feel one way or another, and that their reasons for hoping for certain things were personal and important to them.

I have a rule that, even if I say something, "it ain't canon if it ain't in the comic". Therefore, it's technically canon that it's uncertain whether the TF gun had any impact on Elliot's level of comfort while a girl. This is in spite of the fact that I am typing right here and now that, in Elliot's case, that's just how Elliot is, and how Elliot would be even if the TF gun didn't do a single thing to help people adapt to new forms.

But that's just speculation on my part as the author of the comic.