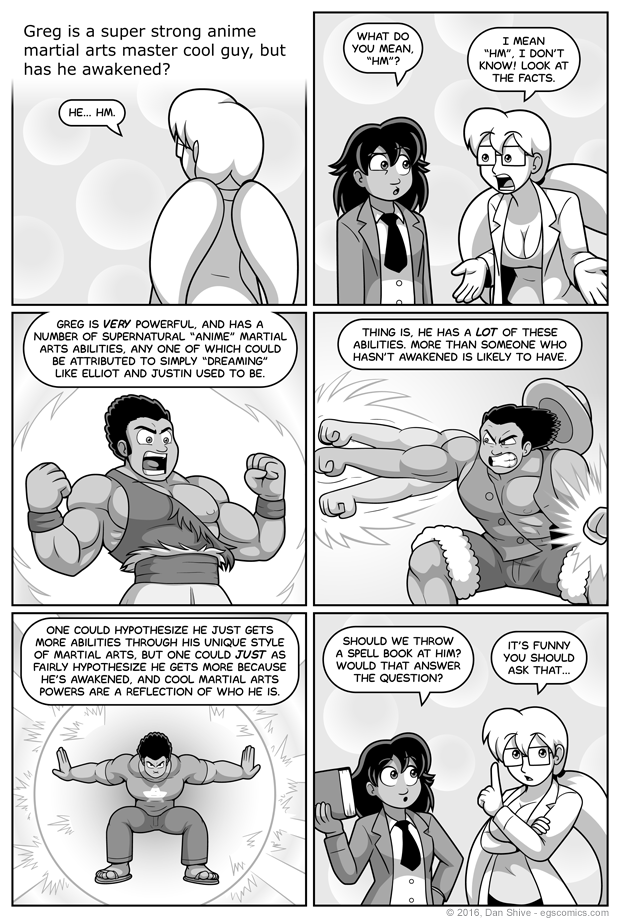 In which I successfully found an excuse to draw Greg cosplaying as characters from Dragon Ball Z, One Piece, and Steven Universe.

I did something a bit experimental for this comic in which I drew the comic first as a super small thumbnail, resized it, slapped it on a layer, and sketched the larger sketches over that. It made drawing this comic much more easy than usual, and that's even with Greg being a cool martial arts guy.

I imagine it's a technique that plenty of others have used before me given how obvious it is when you think about it ("plan it out with a thumbnail, then slap that on a layer? OBVIOUSLY") but wow. It's a potential game changer for me. Comic production changer? TF gun changer? Some manner of changer.