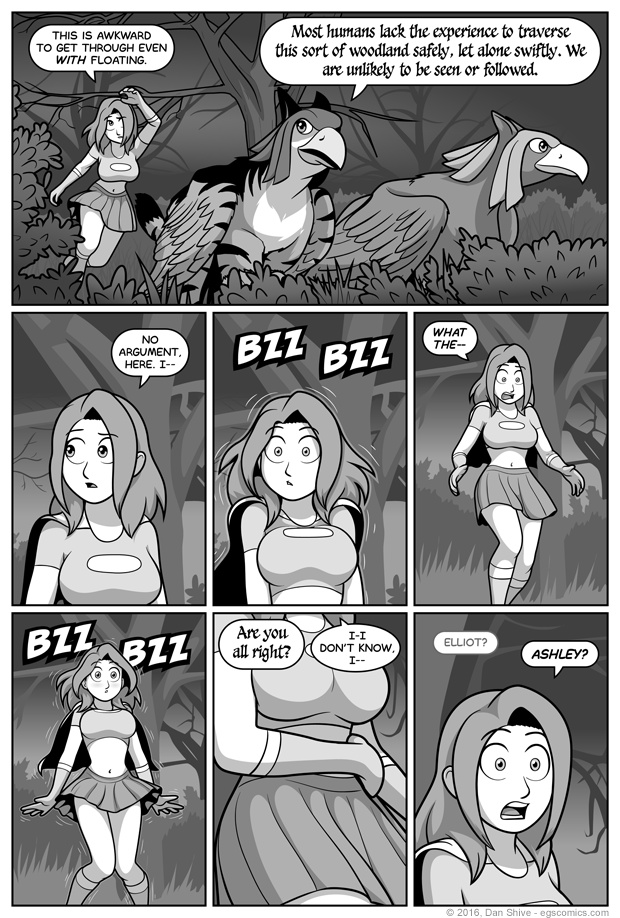 I feel it would be wrong of me to explain what exactly is happening here before the comic itself does, but I will say the following things:

1 - Something like this was originally going to happen much earlier in the storyline, but several script changes meant it couldn't. One thing in particular meant it would've been impossible.

2 - The second to last panel is focusing where it is for a reason.

This poor comic got delayed twice for various reasons, but now? NOW IT IS HERE! Also, I'm feeling better (knock on wood), construction where I live is winding down, easier to ignore, and should be done this week (knock on wood), and I'm still consistently waking up early, so as of next week, getting comics done on time will be easier than ever (knock on wood, throw coin in a wishing well,  wish upon various stars).