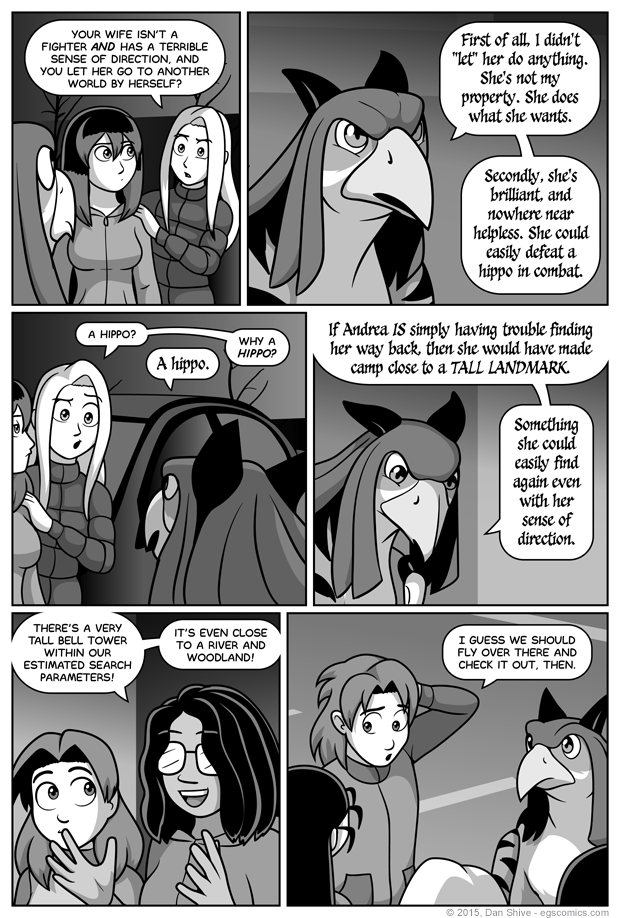 One may well wonder why the belltower wasn't forshadowed in some way given its sudden importance as a landmark. This is a very fair question, and the answer is simple:

I only thought of it a day before I posted this comic.

Prior to then, I was just going to have them go by the general area by all the previous mentioned food, shelter and water sources, which presented a lack of focus. The lack of the tall landmark also presented a potential plot hole, because if Andrea the griffin's sense of direction is really that bad, then how has she been exploring while returning to a given location? Some sort of landmark, in particular one visible while flying from miles away, would pretty much be a necessity.

Granted, it's entirely possible they could be wrong about where Andrea is, but the belltower still helps with the logic because between Nanase, Charlotte and Diane, SOMEONE would have brought up that potential plot hole I mentioned.