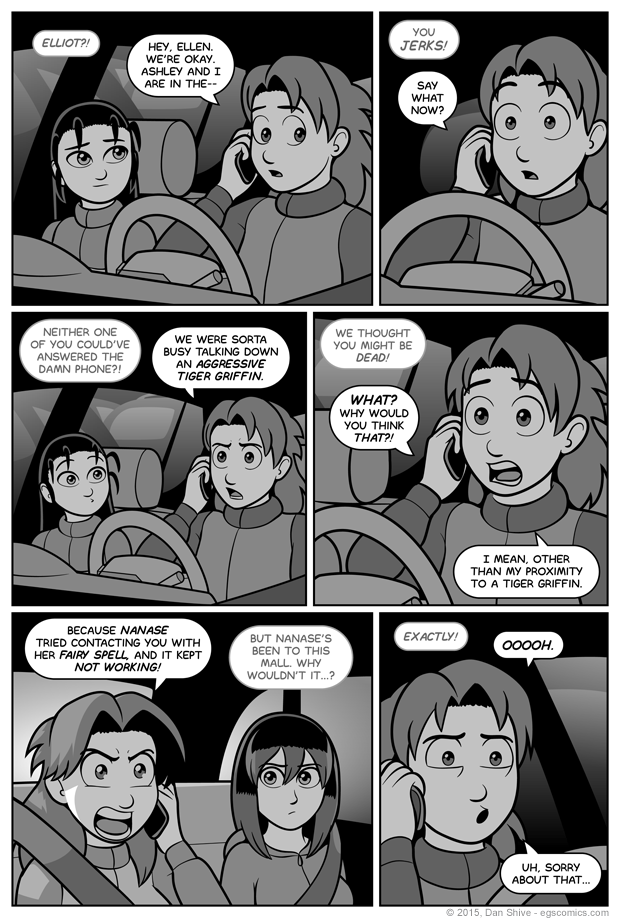 Nanase needs to meet two conditions to contact someone via a new fairy doll:

1 - To have met the person she's trying to contact before.
2 - To have previously been wherever they currently are.

Those conditions were met, so what the carp? It *is* possible to deduce why the fairy doll spell failed, but the characters themselves haven't sorted it out yet, so that's all I'm going to say about it for now.

Speaking of which, I had originally planned a simple "well, that's weird" sort of conversation about the spell not working, but then I considered other possible explanations one might reach, and here are. Granted, Elliot's excuse is kinda sorta super valid, but you try telling a sufficiently upset person to be reasonable.