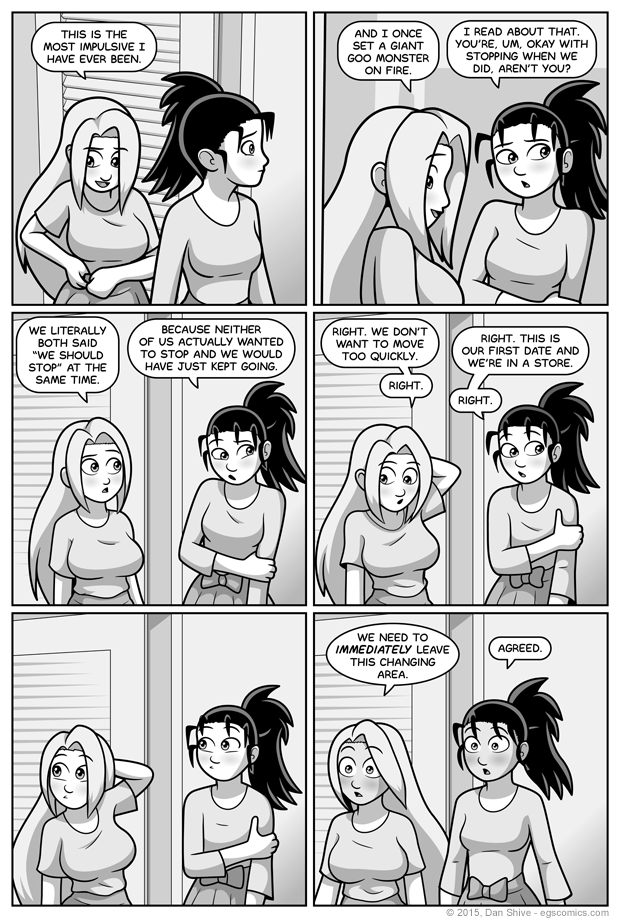 I'm sort of posting this early, but it was already supposed to be the Monday comic and then I moved it to Wednesday, so it's both early and late? Whatever. I'm writing this around 9:20pm on Tuesday and the next story comic's Friday. Make of this what you will.

I imagine I would have sorted this out sooner if I hadn't gotten sick when I did a couple weeks back. It didn't mess all that much with my ability to create the physical comics, but it made it really difficult to get in character and actually write them, which wound up wreaking havok on the small update buffer I had going. Fun.

In any case, I clearly decided to go with a bit of vagueness, which I generally prefer and can have the most fun with. Blatant is just... There. This gives us much more to work with!