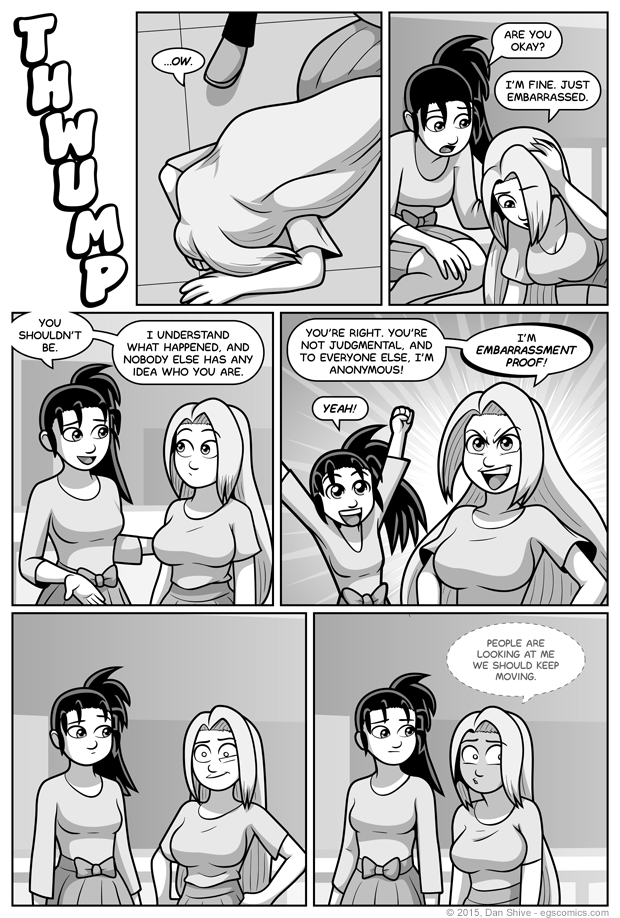 ...Okay. I wasn't originally going to show the immediate aftermath of Elliot tripping, as I didn't think there was really anything important to show and that we could just move on to the next part.

So, of course, I got the idea for this comic around dinner time the day before I would have to post it. Not a 100% complete idea, either. Just the bare bones of something I realized had to happen that I then had to suddenly flesh out.

Anyway, what occurred to me was that Elliot has thought and talked about how liberating it is to be anonymous, and then Elliot tripped and fell in the middle of the mall. That very thing  that was important to Elliot was being put to the test and I was about to skip that. That's... no. That's unacceptable. Elliot fall down and go develop character, darn it.

Anyway, the sun's already risen as I write this. Yay sun.