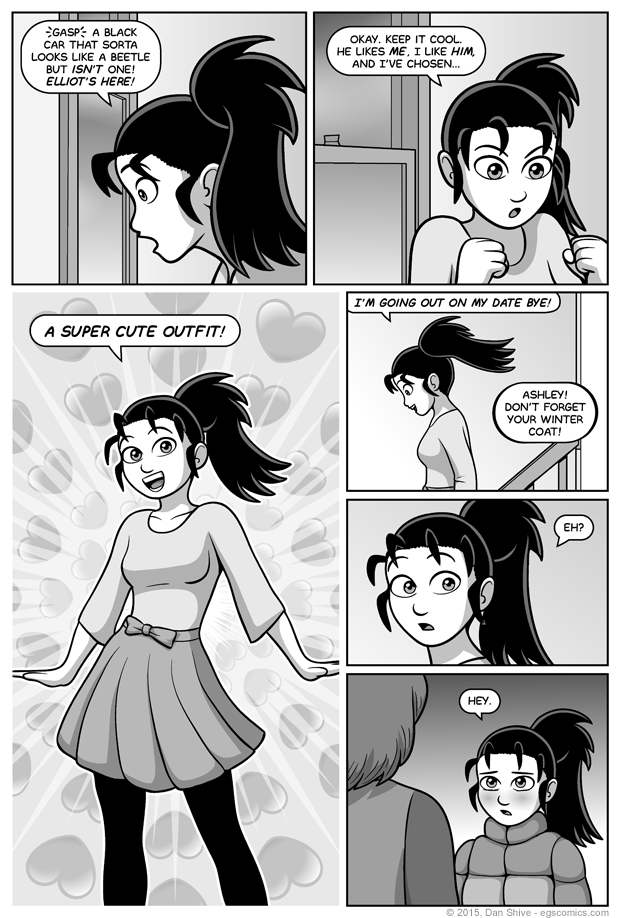 I nearly just went with what Ashley was wearing earlier for her outfit in this storyline, but there were two problems with that option:

1 - That outfit had a lot of black on her upper torso, and I felt it was a bit much when combined with her hair.

2 - We wouldn't have gotten panel three of this comic if her outfit was already chosen, which was UNACCEPTABLE.

Granted, I fussed over many different ways to transition to the actual start of Elliot and Ahsley's date (most options being infuriatingly less immediate than this one), so I didn't actually know panel three was totally a thing that needed to happen until recently. But it was and it did.