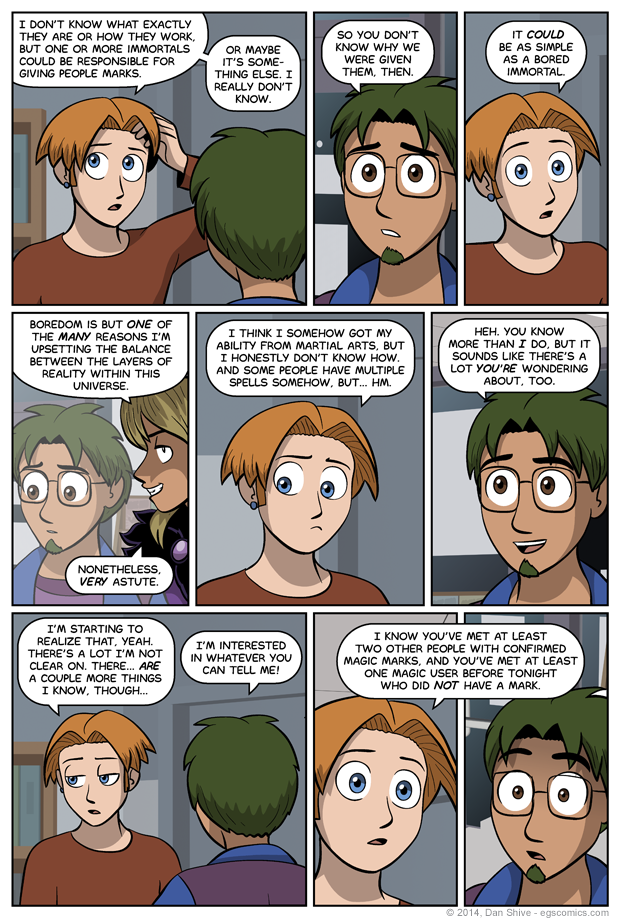 This is so going to be one of those comics that I wind up referencing linking to a lot just because of panel four.

There is a logic to the conclusions Justin is leaping to, but is his logic solid? Find out next comic!

Incidentally, as previously stated, I'm going to be switching back to a mon-weds-friday story schedule for a bit while I catch up on things and reduce my own stress. I much prefer five story comics a week, so I plan for it to be a temporary change, but I don't know how long it will last yet.