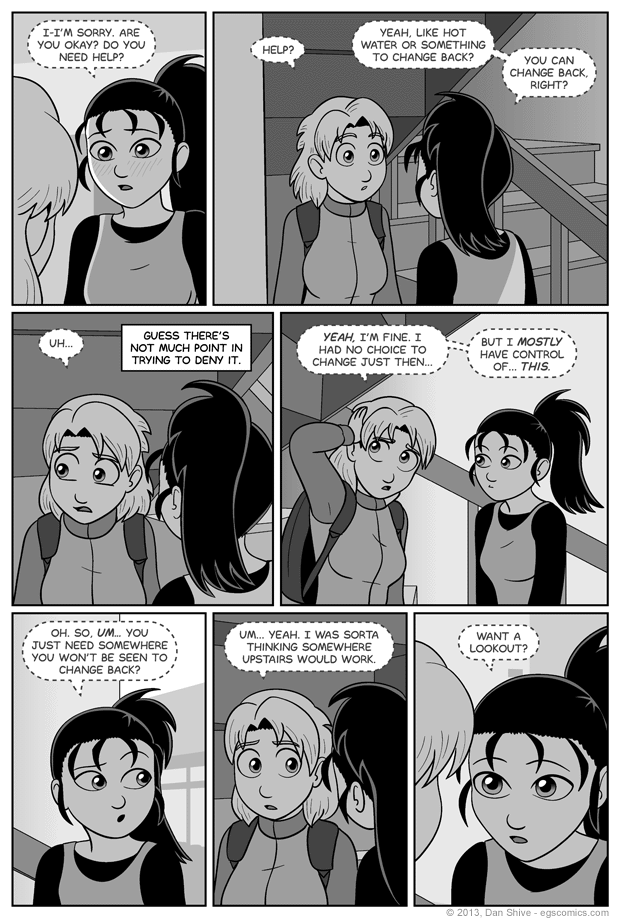 The hot water is a reference to Ranma 1/2 and how Ranma becomes male again, as even those unfamiliar with the series might have guessed given the context.

I was tempted to simply force the reveal of this girl's name into this update, but NO! She who has not yet been named is putting her focus on Elliot and his immediate needs, and providing her name would have messed with that, even if it was a brief mention!

Still... Girl, SAY YOUR NAME! I'm genuinely starting to regret not giving her a nametag or something.