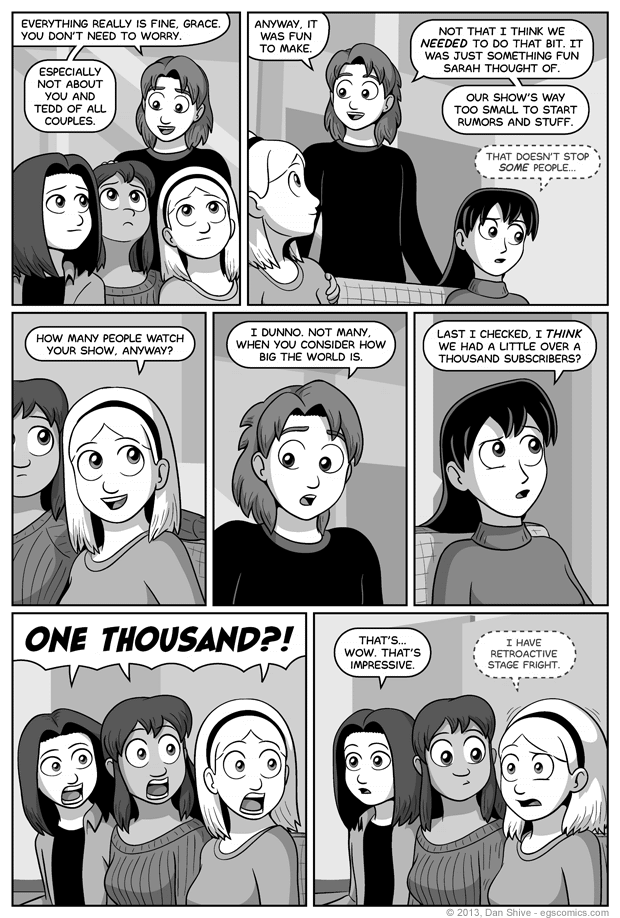 The perspective makes it difficult to tell, but Sarah moves back over a bit away from Grace after panel two. I'm sorry to disappoint everyone who were hoping she and Tedd would just stay uncomfortably close to Grace for a while, but that whole "uncomfortably" aspect of it was sort of a factor.

Speaking of which, I apparently worried some people after the last comic. There may be foreshadowing of one or more things, sure (even when I'm not trying to foreshadow something, I'm probably foreshadowing something), but it would take something HUGE for Grace and Tedd to break up, and I don't particularly want people to worry about that (not when I have so many other things to make everyone worry about).

Of course, the commentary isn't allowed to speak for the comic. I mean, IT JUST DID, but that ain't canon. The comic needs to speak for itself, darn it! So I hope you're happy, because this concern that's been expressed is now gonna have to addressed somehow in the comic itself, and it will probably be adorable in some way. FOR SHAME.