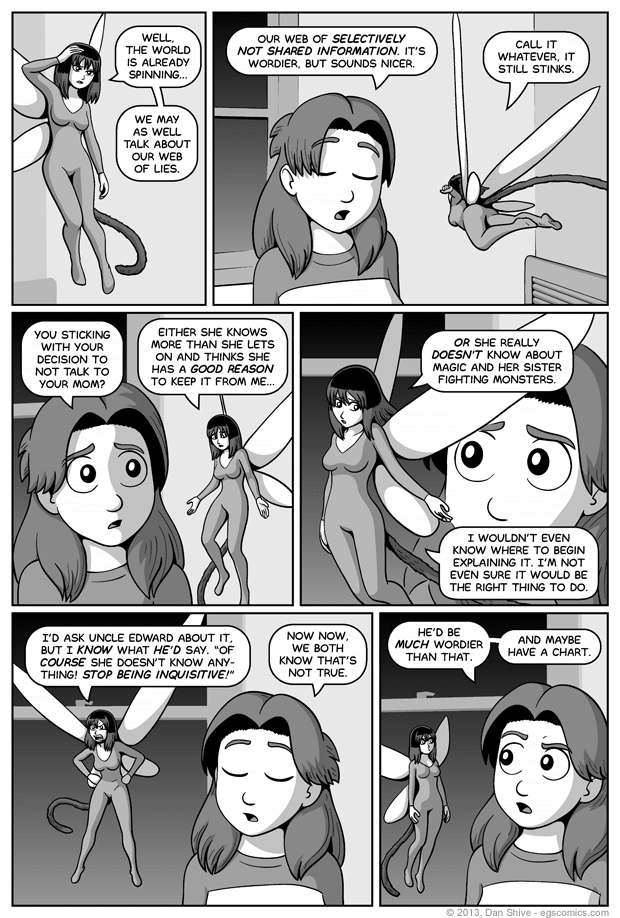 I sometimes stress over is keeping the order of people talking in panels going from left to right throughout a comic. This might seem like a simple matter, but it can make things complicated when, given the order I want them to speak in, one character is positioned on the wrong side of the other person.

I found myself fretting over that very issue with this comic when I realized that Nanase's effectively only twelve inches tall and free to fly / float around to wherever I need her to be, and that it would totally be in character for her to do so.

So thank you for making this comic easier for me to make, Nanase! If only more characters had the courtesy to be small flying fairies.