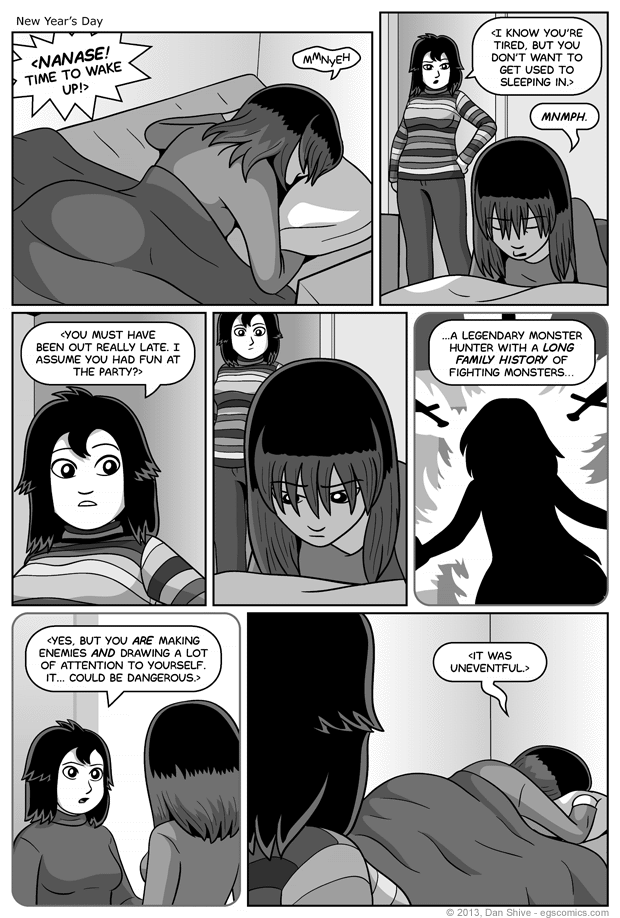 I hope you don't like that sweater Nanase's mom is wearing, because it's never going to be shown again. I have no idea why I went with such an elaborate pattern. It's okay for one panel, but keeping it consistent? Blargh. If she ever wears something like that again, it is going to be simplified.

The decision to have this comic that shows the moment when Nanase decides not to say anything to her mom about what happened at the party was a late one (as in the middle of the afternoon the day before it was posted). Nanase's choice was going to be established either way, but I like showing the moment, and I think it's appropriate that Nanase's mother made another actual appearance.

I sort of wanna say more, but I'm leaning into spoiler territory already, so I'm just going to say stay tuned for the next El Goonish Shive! Which basically means just staring at the website until it updates again. Or, you know, clicking the "next" button if it already has.