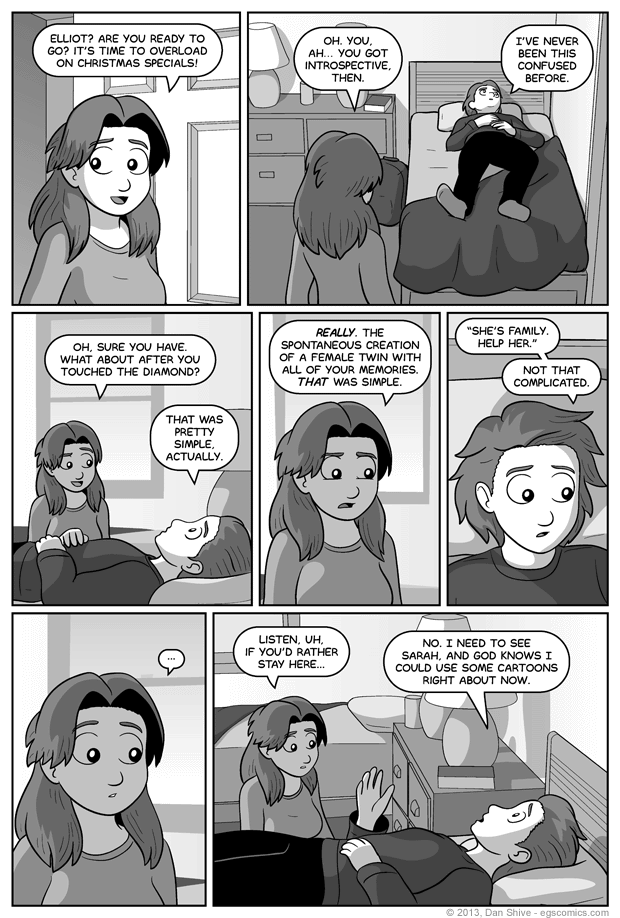 When Elliot can say he's never been so confused before without hyperbole, you just know you're dealing with a man who's powerful confused. Seriously. Consider the depths of confusion Elliot has faced both on and off panel in his lifetime. We're talking more confused than any cat I have ever known, and I have known some POWERFUL confused cats.

I guess that's all I have to say about this comic. I feel like I should think of more to say, but I'm powerful tired, and... When did I start using "powerful" like that? This is probably The Simpsons fault somehow, but I don't remember when it was said like that on the show. Well, that's shameful. I'm supposed to be able to remember stuff like that. Simpsons quotes are important! Unless they're from after season six, but I want to say it's from before then... This is going to bug me.