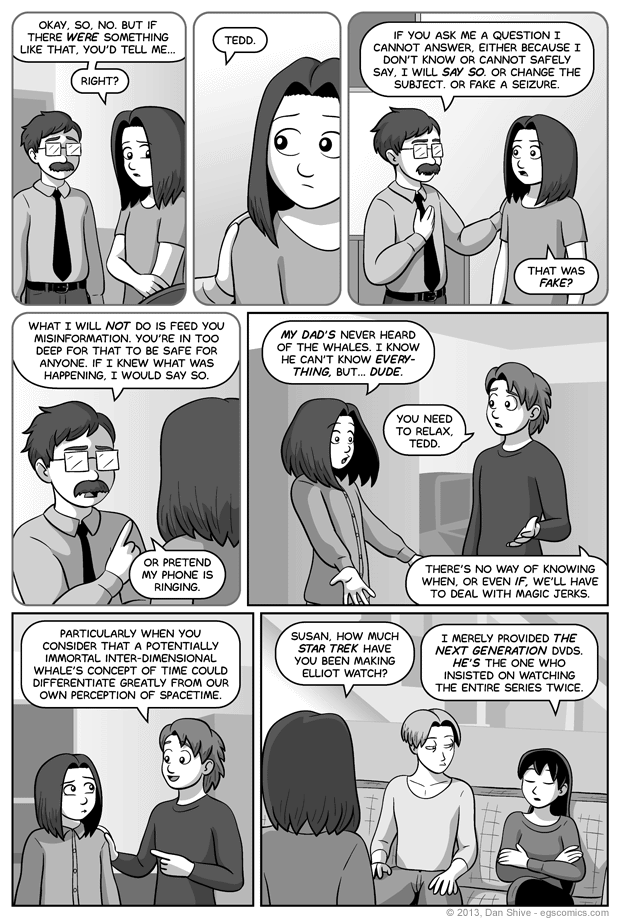 I can just hear the heartwarming moment music from a sitcom while reading panels two through five.

Elliot's shorter hair from before this storyline already looks weird to me. I guess I adapt quickly. Which would help explain why my favorite Doctor Who is whichever Who I've been recently watching.

That's the proper way to refer to that character, right? "Doctor Who" or "Who"? Eh, it's not like anybody takes that sort of thing seriously.

Speaking of Elliot, I'm not sure if he entirely comprehends what he's saying in panel six. It's entirely possible that he had a bunch of random technobabble just floating around in his mind and he happened to pick the one that was actually relevant.

Edit occurring approximately one hour after the initial update: Apparently "it's not like anybody takes that sort of thing seriously" wasn't a clear enough indicator that I was deliberately referring to The Doctor improperly.