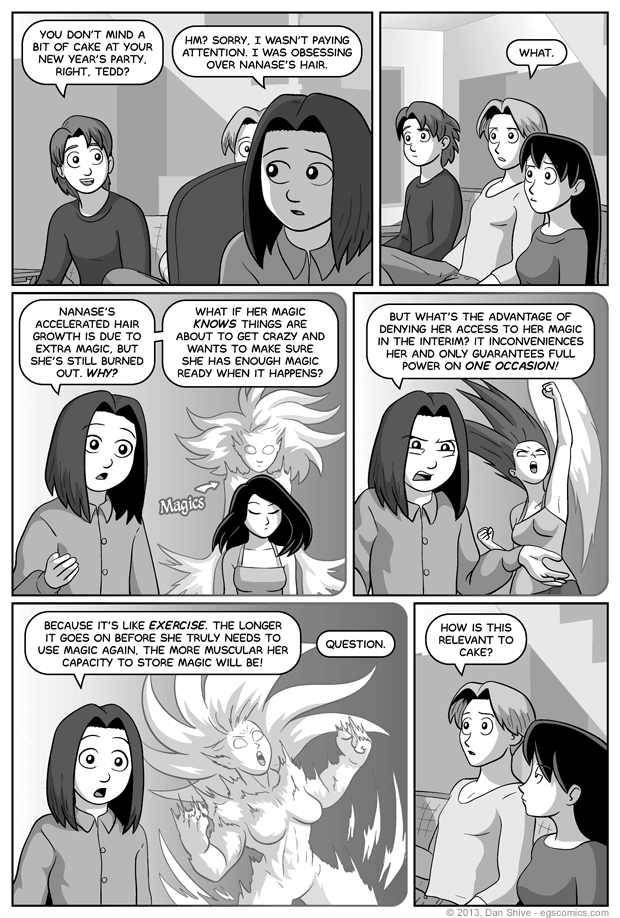 GAH! Where did he come from?! Okay, I guess it's apparent that he was at his desk, but still!

Fun writing fact: It's easy to think to one's self, "self, Tedd is going to be revealed and rant about something that is totally out of left field given the context" and another to write it, make it coherent (or as coherent as intended), and fit it into a page while still having room for visuals.

To the point, the first draft of this comic was a sea of text spanning eight panels. Tedd's hypothesis of exactly how Nanase's hair situation equated to exercise was a bit more clear, but the exact mechanics are less important than the summation of the hypothesis that Nanase is ironically growing in power during a time of not being able to use it.

Of course, Tedd could be wrong, but who cares? At least we got a nifty visual representation of Nanase's magic out of it.