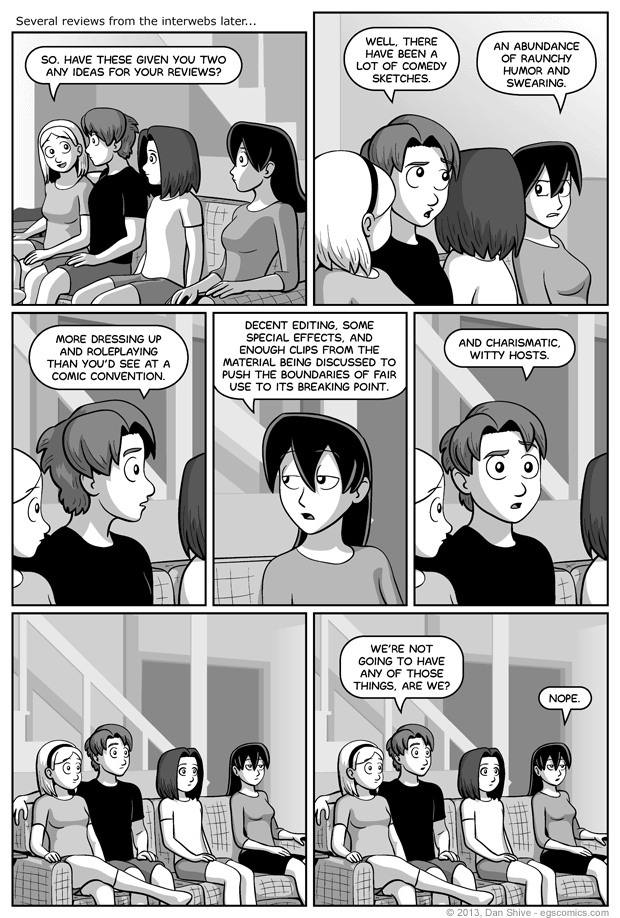 Posted January 4, 2013 at 1:00 am
I'm rather fond of referring to the internet as "the interwebs". I cannot tell you why, for I know not, but I seem to find it endlessly amusing.

When originally writing this comic, I approached it from the standpoint of the characters making more elaborate commentary based upon various critics who dwell on the interwebs, but that felt like veering off course. Besides which, if I really want to comment on such things, I have COMMENTARY! WHEE!

...Of course, now that I've said that, not much that I want to comment on regarding web critics come to mind. Oh well, this isn't the last opportunity to talk about web--You know what? I need to stop calling them web critics. It sounds like I'm talking about snooty spiders. Less intimidating than regular spiders with their discerning tastes preventing them from biting most people, but still spiders.