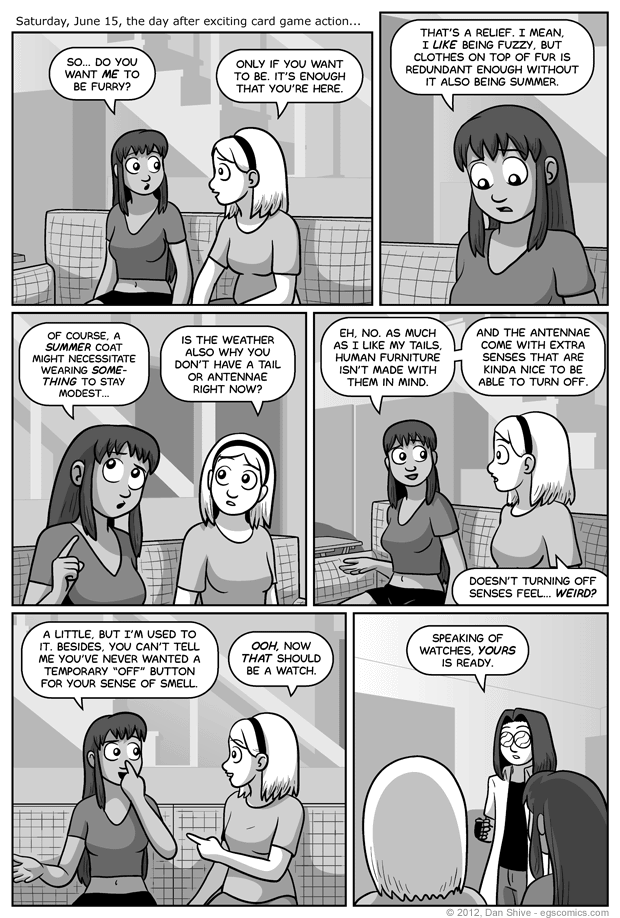 Posted October 17, 2012 at 1:00 am
This comic took much longer for me to make than it should have. There were a variety of reasons for that, including the ever popular excuse of having the sniffles, but I have chosen to blame Bothans. That way, I get to be the emperor, and force lightning is cool.

Now, you're PROBABLY wondering what the previous comic was about, and what's going on here. One of those two things is going to be answered in the next comic (Friday), while I'm probably going to milk the other secret for all its worth prior to being like "BAM!" in some sort of bam-worthy reveal.

Going back to things that gave me trouble with this comic (other than Bothans), for some reason, sitting poses mess me up. I'll be all like "they should be leaning back so they're comfortable", and then I'll draw that and I'll be all like "they look like sloths of the taxonomic suborder known as Folivora." I do like the end result here, however, and I suspect the best approach is to just not over-think it.

That, and to stop the Bothans at all costs.