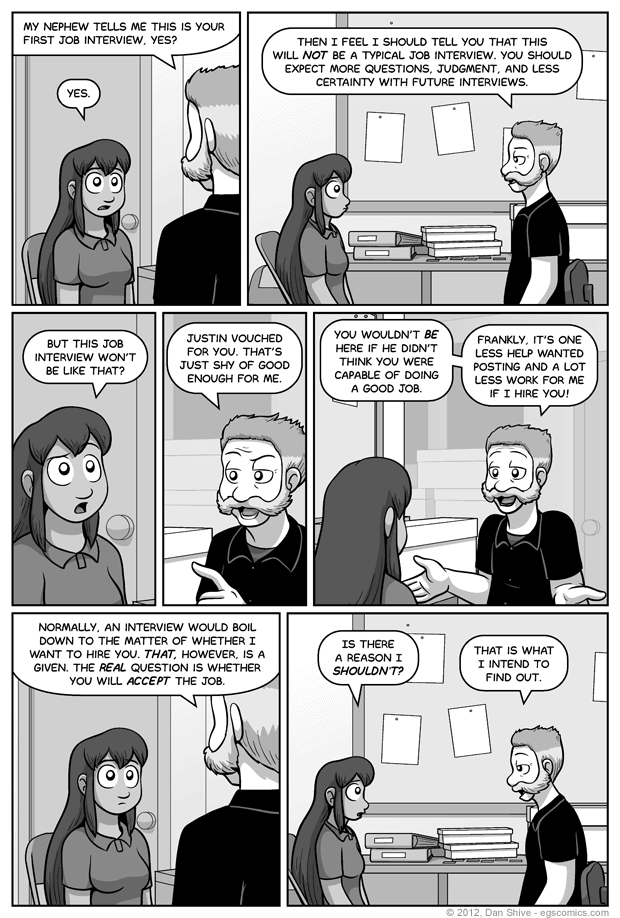 I just noticed that if you combine the title of this group of storylines with the title of this storyline, you get "Summer Nepotism". What would that be, exactly? Someone considering someone family and showing them favor because they're a summer when it comes to fashion? One summer hiring another summer? I know there's no profit in contemplating such a thing, but now that I have been made aware of the question I find I cannot ignore it.

Speaking of which, what's up with this storyline being called Nepotism, anyway? Grace isn't related to Jim Tolkiberry, unless... HOLY CRAP! What if the next comic reveals that Jim is also Grace's uncle?! Justin and Grace could be siblings or cousins or something! WHAT A TWIST!

What? No, it's not more likely that it's somehow connected to Justin's situation. That would be silly. Now stop bothering me with your conspiracy theories while I camp out for the next comic. I want to see where this is going.